Face off against an invading horde of adorable little killers with a serious case of mankind munchies! Join the Critter Death Squad and arm yourself to the teeth with epic transforming weapons that will help you fight to keep New Los Angeles off the dinner menu!
All Reviews:
6 user reviews - Need more user reviews to generate a score
Release Date:
Developer:
Hammer-On, Studio229
Publisher:
Hammer-On
Popular user-defined tags for this product:
Action Casual Indie VR
+ 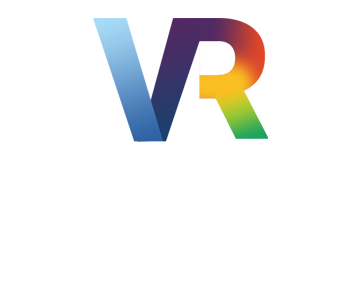 “The game is profoundly fun, unique, and high-quality...Fresh and exciting every time you play.”
theVRgrid

“These guns… this is the way miracles happen right here.”
Blitz

“There’s so many, Oh God! ...those giant bunnies scared the crap out of me!﻿”
Ctop

How long will you survive against an unrelenting horde of fluffy-wuffy alien bunnies?
Join up with the Critter Death Squad as the team's chief exterminator (who may or may not be a clone) and arm yourself to the teeth with epic weaponry designed by the team’s unhinged mad scientist, get tactical updates from a KGB pizza delivery driver, and fight to keep Earth off the dinner menu!

A Critter Infestation of this magnitude will require some seriously heavy weaponry!

Colin, the Critter Death Squad's genius weapons engineer, has slapped together a cutting-edge modular weapon platform he calls ‘Generic Untitled Name’ or G.U.N. for short. Each G.U.N. contains within it all the different weapon types a CDS exterminator requires, all packed into one convenient, transforming package, ready to be triggered to the next stage, as soon as he gets all the bugs worked out!

You'll have access to the Pellet Pistol, a weapon powered by a two-stroke gasoline motor that fires small radioactive pellets at ridiculous speeds. Unleash a furry reckoning with the Rabbit Reaper, a love child between a car battery and an exposed DC motor that fires high velocity bolts of electricity. And then there's the Vermin Vac, a jet-turbine powered vacuum cleaner that sucks up nearby critters and stores them in its ammo tank. Connected to it is the Hare Heaver, a weapon which follows that famous saying, "If you can't beat 'em, use 'em as projectiles!" by marinading critters in a proprietary blend of degraded nuclear waste before lobbing them into the air with explosive results!

Your secondary weapons can be the difference between bunny domination and becoming bunny food! The Critter Cluster Cannon sweeps up any nearby critters and clumps them together in one big, frenzied group, and then flings them far away, which is very useful for clearing all those chomping vermin out of your personal space. Then there's the Hare Spray, which emits a sonic pheromone that scrambles the brainwaves of any nearby pests, leaving them in a disoriented (and admittedly more tranquil) state for a little while, making them easy targets for pest extermination.

The Bunny Empire came suddenly and without warning, swarming en-masse from the Red Planet itself with the sole intention of chowing down on the human race. Experts in alien classification have categorized the Bunny Empire’s forces into three unique breeds: the deadly-in-numbers Fluffies, the slow and terrifying Heavies, and those pesky Scouts, each with their own terrifying characteristics. Recent reports have indicated at yet another type of alien bunny emerging from a black vortex which causes some nightmarish hallucinations when it gets close! Earth’s militaries have generally agreed that the best way to deal with the Bunny Empire is to run and hide.

Be the brave hero that city of New Los Angeles never knew it wanted (to keep as far away as possible)!

The Critter Death Squad has chosen to make its stand against the Bunny Empire in the vibrant city of New Los Angeles, a sprawling metropolis built out in the Palm Desert after the first Los Angeles was flooded with rising seawater. Be immersed in room-scale VR as you save the city in Hangry Bunnies From Mars!