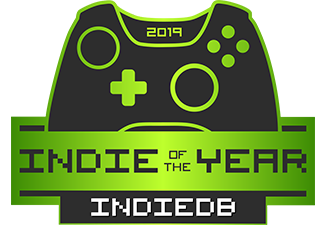 “We want to give players the opportunity to experience the game early and be a part of Flashing Lights' development. Feedback from the community will allow us to detect any faults and issues much faster and help to make it a more stable game when it releases as a full game.”

“Flashing Lights has a strong and vibrant community, and we love developing the game as much as they love playing it. We’ll keep evolving and updating the game as long as you keep playing and providing feedback and ideas!”

“The full version marks the point at which new gameplay mechanics and updates will not be as frequent. During Early Access, we should have a number of new missions for each role, vehicle customisation, several map updates as well as more tools and equipment. Closer to the full release we would hope to have all major languages added to the game as well.”

“Flashing Lights features an expansive roster of missions, equipment and vehicles for the police, fire and EMS departments. The entire game is playable in single player and up to ten player multiplayer.

The game is a work in progress, and so there’s a possibility of running into bugs.

Here is just a selection of the exciting content currently available in Flashing Lights:

The fire department utilises water hoses, hydrants, the jaws of life, ladders, axes, chainsaws, fire engines and more. Put out raging fires, clear fallen trees from the road and save cats from trees.

“The game's price may increase with substantial updates. We will do our best to inform you before a price increase happens.”

“We appreciate the suggestions from the community and will consider implementing them into the game. We hope that much of the community will share their thoughts in the community forums and help us to shape a fun game.”
Read more
Check out the entire Excalibur Games franchise on Steam

Either solo, or in up to 10 player online co-op, this immersive sim lets you enrol with the police, fire department or emergency medical services and take on missions unique to each service in an open world. Engage in desperate car chases, put out lethal fires, and diagnose life-threatening injuries! Each department has its own roster of vehicles and equipment for you to operate while on duty.

Become the police! Usually the first to respond to a criminal incident, the police are equipped with the fastest vehicle and a variety of life-saving equipment. Their roles vary from handing out parking tickets to chasing down dangerous suspects. In Flashing Lights, you'll do everything you can to prevent criminal activity and put a stop to any crimes in progress.

Be the fire department! Battling raging flames and freeing trapped civilians involves some heavy-duty gear including spreaders, a fire hose, a fire extinguisher and a fire truck. But your role in the fire department extends far beyond this, as you work closely with medical services out in the field, swiftly cutting open crashed cars so that medical staff can reach the casualty.

Be an EMS! As an emergency medical specialist, your job lies in keeping members of the public alive, treating patients’ injuries, diagnosis and more. Lifesaving equipment you’ll utilize includes medical kits, stretchers and ambulances. Help the injured solo, or with friends.

Team up with fellow players online and divide your team between the three emergency services at will. Race around the open world in various vehicles, to where you are needed, working together to help civilians in accidents or catch a fleeing criminal.