Courtyard Broomball
Developer
Newfa Games
Publisher
Newfa Games
Courtyard Broomball is a retro parody of the Backyard Sports series from the late 90's. The sport played in the game is based on the real-life sport of quidditch. Choose from over 80 characters to make your fantasy team, and take on the rest of the world in the sport of broomball.
All Reviews:
Positive (12) - 91% of the 12 user reviews for this game are positive.
Release Date:
Developer:
Newfa Games
Publisher:
Newfa Games
Tags
Popular user-defined tags for this product:
Casual Sports Indie Early Access
+
Reviews
All Reviews:
Positive (91% of 12) All Time

“To gain feedback from the community about the game, especially online multiplayer.”

“We plan to continue working on the game until the multiplayer is thoroughly enjoyable and every country that wants to be represented in the game has a player added to the game. You can vote on players to be added on the Facebook page (see external links). We expect this to be done in roughly 2 months.”

“More characters, powerups, features, based on feedback from the community.”

“Fully playable online and offline with a current set of 80 characters. Refer to the "About this" section for more information.”

“Votes on the Facebook page, which can be found in the external links.”
Read more

Courtyard Broomball is a retro parody of the Backyard Sports series from the late 90's. The sport played in the game is based on the real-life sport of quidditch (which is like a combination of rugby and dodgeball). You can hand pick your team from a growing cast of quirky, fictional characters, or real-life players from all over the world including the US, Spain, UK, Ireland, Norway, France, Peru, Saudi Arabia, and Uganda!

*Over 80 different players to choose from! 60 from real life! 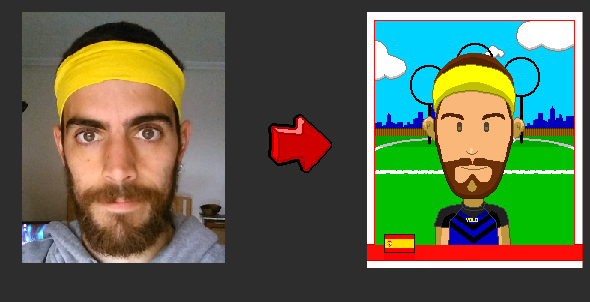 Parody game of the Backyard Sports series based on the real-life sport of Quidditch. This is a parody, in no way affiliated or licensed by Day6 Sports Group, J.K. Rowling, or Warner Bros.