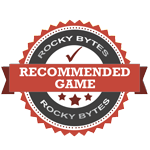 “Earth Liberation has an ambitious mission - to revive the taste of RTS’ golden classics, at the same time introducing the modern fast-paced mechanics. As passionate fans of the genre, we hope to get the support of like-minded community to complete our mission and to expand our game with new cool features & ideas received at the early stages.”

“We expect Earth Liberation to be ready for a full release in May 2017. However, since there are many planned features to be added and some extra ideas may came up through the community feedback, we are aware that the development can be prolonged by a few months. When the fate of humanity’s is at stake - there’s no need to rush.”

“First of all, we are going to add more content - Steam Achievements, Steam Trading Cards, new units & landscapes, a variety of map types (for instance - larger ones for more massive battles) as well as suggestions coming from our gaming community. We also plan expanding the singleplayer campaign by adding approx. 2-3 new missions monthly during the Early Access period. With no additional payments for those who’ll be already enjoying the game.
Secondly, simultaneously we will adjust the technical side. Currently on our to do list we have: Improved visuals, audio-redesign, polishing and improving balance & game mechanics.
And, finally, new mechanics like special units upgrade system and even new game modes - including multiplayer with PvP and Co-op will become part of Earth Liberation.

Take a look at the schedule of adding of the most important features below the description on our Early Access page.”

“The full version of Earth Liberation upon release will be priced higher than the Early Access one.”

“As fans of RTS games ourselves, we are enthusiastically looking forward to receiving feedback of the like-minded community that will help us make a worthy installment of the RTS genre. In fact, the Early Access version of Earth Liberation already contains some changes based on community suggestions shared at the Greenlight stage, which we are extremely grateful for.”
Read more

If you are human and reading this - it’s time to push back those ugly reptile invaders from our planet! A year ago they arrived in our skies, while scattered governments could do nothing but fall before them. With the old world gone, all our strifes perished as well - and now the remnants of humanity shall stand united to take our Home back... Or die trying. No more fear - upon the ruins of our civilization - the Resistance arises. We have the soldiers, we have the weapons… All we need are commanders. If you are one with intellect and reflexes, don’t hesitate, Earth Liberation awaits!

In a nutshell, Earth Liberation is a short sessioned highly intense RTS, fast-paced with an old-school taste. The focus is on combat rather than on base development or complex economy. The game challenges skilled players without introducing new brain twisting mechanics into the genre. As a Commander of the Resistance, you have to cut through a series of fierce close quarter battles. In Earth Liberation hell drops on you instantly - and your only keys to victory are tactics and rapid decision making.

BASE OF BASICS
Less building, economy and exploration, more combat!

Earth Liberation is a debut game by PoRovoz Studios, founded by Vladimir Polozkov and Nikolai Rovneiko who have been friends for the last three decades, and for the last two - huge RTS worshipers. They never dreamed of careers in game development, but while becoming successful in finance and the oil and gas sector, there was a yearning for something more, something from their past. They wanted to relive through the happiness of annihilating enemy bases with an army of units. However, since the RTS genre was almost ousted by MOBAs over the last years, a crazy idea came to them: “Let’s make our own perfect RTS like in the good old times, but with some fresh focus on action”. Having no gamedev background and lead only by their passion, these two insane dreamers put their careers on hold and began working on Earth Liberation. A foolish decision? Perhaps. The guys are confident: “Wherever this road will bring us - the risk is worth it. For Earth! For Humanity!”

One year before the game begins, in 2077, a reptile-like alien race called Khraster almost eliminates нumanity. We had no chance. We were unprepared. We couldn’t know. Or could we… Were there warnings from the ancient ages? “Earth Liberation: The Novel - Part 1” reveals the frightening depth of the in-game conflict by taking you back through Earth’s history. To the times called ‘primal’ by modern scientists. The price for such blindness was Earth. 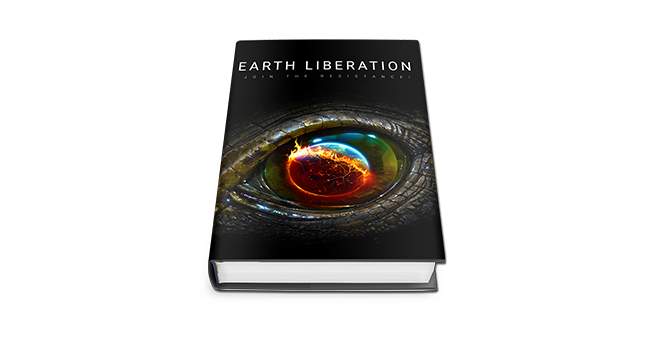