View update history Read related news View discussions Find Community Groups
Share Embed
Awards
A early version of this game was shown with Virtuix on ABC's Shark Tank. The game has changed quite a bit since then, but the core mechanics are similar.

“The Team at NextGen is working day and night to create the full VR Apocalypse experience, but we are a small team with limited resources. We believe in this project and we believe in the potential of Dynamic Rest-Frames to solve VR motion-sickness issues. We want to get this project out to as many people as possible early on so that we can continue to tinker and fine-tune our experience before full release. We welcome all forms of feedback and can't wait for you to try VR Apocalypse.”

“2-6 Months Depending on Feedback.”

“We have a long list of enhancements we are already working on, but not quite ready for release. These include
”

“Fully functional and runs well with four maps, but we still have some bugs we're working out and a lot of content we want to add that didn't yet make the first early access release.”

“We set the price of early access to be less than the full release as an appreciation to those supporting our development. As development progresses, expect for the price to increase to reflect added content and functionality. All those who purchase VR Apocalypse during early access will also receive the full game on its release date.”

“By listening to the community and reacting to their feedback, by implementing new features and adjusting game play.”
Read more
Notice: At the request of the publisher, VR Apocalypse is no longer available for sale on Steam.
Notice: Requires one of the following virtual reality headsets: HTC Vive, Oculus Rift, or Valve Index. See the VR Support section for more info.
See all discussions

We have now added a 5th scene in release 0.3.5. This scene is an abandoned nuclear complex taken over by the alien scum. WARNING: This is extremely difficult, if not impossible level to complete. 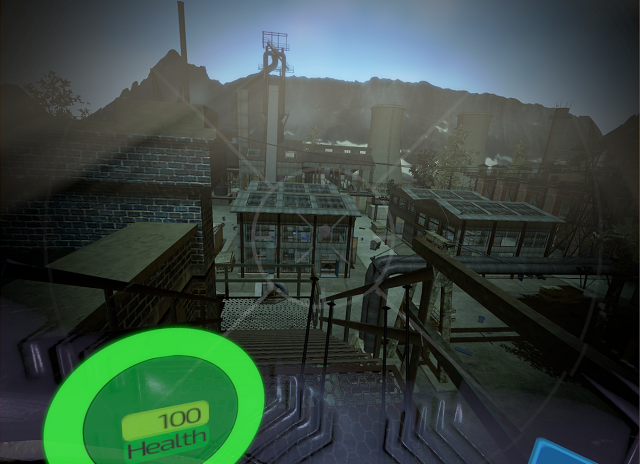 By combining the pulse-pounding action of time-trials with fast, fluid VR gameplay, NextGen Games has crafted one of the most ADDICTINGLY REPLAYABLE VR experiences yet released. Beat the clock and squash the alien scum in this frenetic VR shooter.

The year is 2027. As a contractor for NextGen Games, it is your job to pilot a remote telepresence drone via your trusted VR headset. Fortunately work has picked up due to a recent alien invasion. The United Nations has hired the firm to secure the planet Earth, and rid it of alien infestation. The fate of the world is in your hands and your headset. Good luck.

The core design of VR Apocalypse revolves around the following major tenets.