Guided by your spirit totem animal, assume the role of a young ursine brave whose fate has not yet been determined and embark on an astral journey into the dream world where the shadows of an ancient conflict are on the rise and destiny awaits.
All Reviews:
Mixed (57) - 52% of the 57 user reviews for this game are positive.
Release Date:
Developer:
Druid Gameworks Studio LLC
Publisher:
Druid Gameworks Studio LLC
Popular user-defined tags for this product:
Adventure RPG Indie Early Access
+

“Developing on Early Access is a way to offset some of the challenges we face as a startup indie team, working remotely from around the world, and on such an ambitious title. To begin with, Early Access gives us the ability to break development into stages which speeds up our content delivery to players and helps us keep our targets reachable on a smaller scale/budget. It’s also a huge asset to interact with YOU, the players, to get regular suggestions/feedback, to keep our finger on the pulse of what you want to see in the game, and to help us make our game the very best rpg it can be. Perhaps most importantly, it allows you to become our benefactors and partners, potentially bringing in a new source of funding to support the continued development of the game.”

“Witanlore: Dreamtime will be in Early Access for approximately 6-8 months to complete the core game. It is our commitment to you, our players, to maintain active development and regular content/patch updates during this period to prevent the game from ever languishing in Early Access.”

“These bullet lists outline what is finished as of Day 1 on Early Access, and what features we would like to implement as we work through Early Access together over these months ahead. The majority of gameplay systems have at least some foundation in the current version at various levels of In Progress but this should give you a good idea of what’s playable and where we’d like to go next.

“The Early Access version of Witanlore: Dreamtime is the core game which contains the building blocks for all of the game's gameplay systems present and future. The current state of the game is beta playable. As outlined above, many features are still in development and will continue to be changed and expanded on with the collaboration of our players. The main quest is incomplete but new chapters will be regularly added in.”

“Yes. In Early Access, the core game will sell at a 70% reduced price which will increase to full price once the game ships in the main store.

Future DLCs will be priced based on the level of content added and will also be reduced for Early Access.”

“As veteran modders we're quite accustomed to developing content hand in hand with the players who are as passionate about our projects as we are! This is a trend we would love to carry forward as developers on Early Access.

A Community of Creative Minds

We have an active community where players can join in discussions about Witanlore with other fans and the development team, hop in the chat to connect with other players, share their thoughts, post bug reports/questions for answers straight from the team. Because we really do care about our fans, every month, we’d like to showcase our players’ screenshots, artwork, fanfic, and content on our community as a way of giving back and showing our appreciation for the creativity and passion of our fan base which is such an inspiration for us.

A public Trello board will provide a place where our players can more closely track our development progress, see what's planned for upcoming patches, leave notes for the team, and get an overview picture of the game’s development as a whole.

Our developers will take turns jumping onto our Twitch channel every month to share a new stream where players can tune in to watch the game develop live, offer feedback, interact with a developer in real time, and catch sneak peeks at upcoming content as it's rolled into the game.

Regular live chat meet-up events will continue to be scheduled every couple months to let players and developers gather together in a chatroom to get to know the team, ask questions, make suggestions, talk about all things Witanlore, and influence the direction of the game.”

In Witanlore: Dreamtime, you assume the role of a young Ursine brave whose destiny has not yet been determined. Guided by a spirit totem animal, you embark on an astral journey into the spirit world to stand before your patron deity and receive divine messages about your destiny. However, there is something far less benevolent than a goddess waiting for you in the mists...

Find yourself swept up in the chaos of an ancient battle for power, the outcome of which hinges on your decisions and a weapon that could lead us all to salvation or ruin. The path you take and the choices you make will determine the story’s outcome and alter the very fabric of the world. 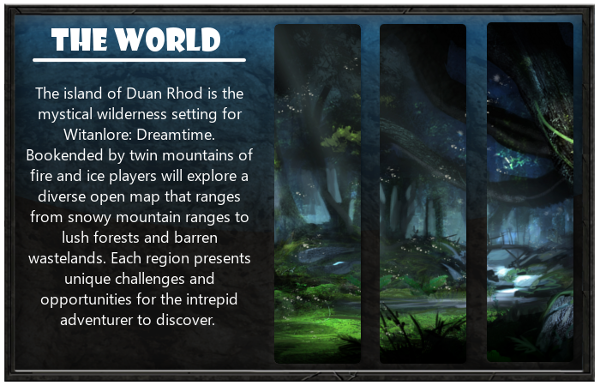 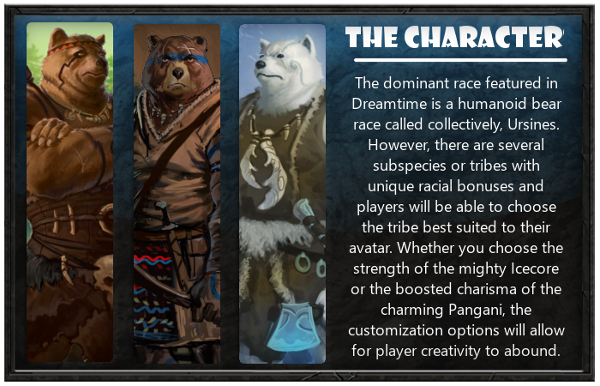 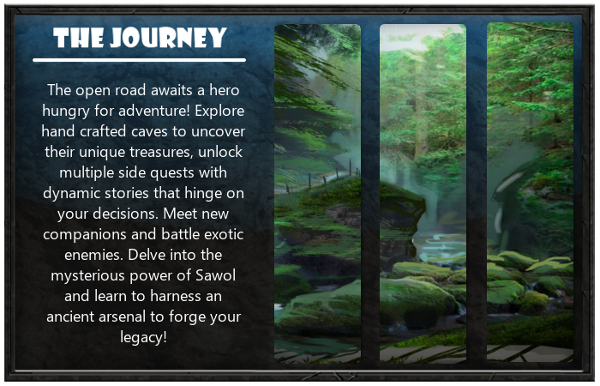 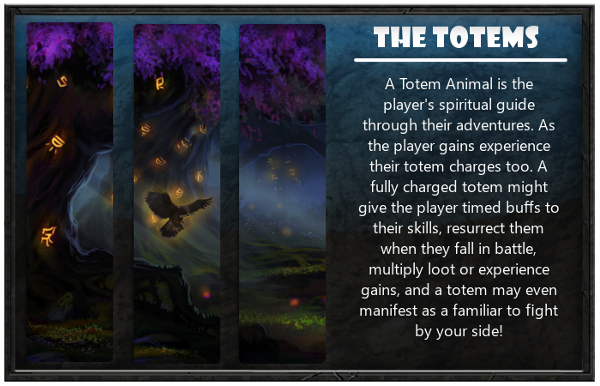 Our pledge is to always be honest, transparent, and respectful to our growing community as we navigate the inevitable hurdles we’ll encounter on the road to completion together. We will listen to your comments, with an open and willing spirit, and keep communication at the forefront of our development so that each of you feels your voice is heard and that you are part of something awesome.