“The core of VR Dungeon was developed by two students just under 4 days as part of the Ars Electronica Festival. We want to expand the core concept of the game. VR Dungeon is a really unusual combination of VR and non-VR cooperation, so your feedback will greatly help us utilise its full potential.”

“If everything goes well we could release the game in the first half of 2017.”

“We have many ideas for new types of puzzles. We also plan on adding achievements, trading cards and save sync.”

“We plan on gradually raising the price as we ship new content and features. We will not release paid DLCs, content updates will be free for all owners of the game.”

“We will browse the Steam community forums for your feedback and ideas and try to implement your requests. Combining VR with coop puzzle games is an unexplored concept, and we are eager to see your feedback and improve the experience based on them.”
Read more
Notice: Requires one of the following virtual reality headsets: HTC Vive or Valve Index. See the VR Support section for more info.
VR Only

VR Dungeon is a cross-reality two player local co-op game, using the HTC Vive and a smartphone.
The VR player has to escape the dungeon, but he needs the smartphone player's help to understand the ancient glyphs written on the walls.
Solve puzzles together to find treasure and escape the dungeon!

For the second player:
Scan this QR code to download the companion app from the Play Store! 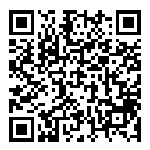 Don't have an Android smartphone? Download one of these guides!
Guide
Printer friendly guide