Manastorm: Champions of G'nar
Developer
DaGGaSoft
Publisher
DaGGaSoft
In the realm of G'nar you are a spell casting, minion summoning, magic card playing, bow wielding wizard. Equipped with your enchanted deck of cards, step into battle and fight to become the Champion of G'nar.
All Reviews:
Mixed (69) - 65% of the 69 user reviews for this game are positive.
Release Date:
Developer:
DaGGaSoft
Publisher:
DaGGaSoft
Tags
Popular user-defined tags for this product:
Strategy Indie Early Access Simulation RPG VR Card Game
+
Reviews
All Reviews:
Mixed (65% of 69) All Time 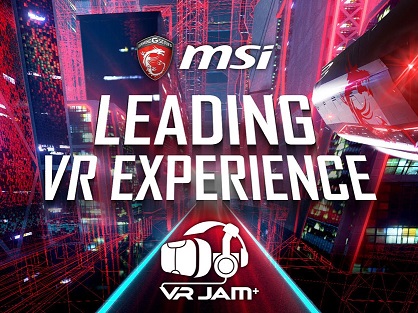 “We feel like there is a significant void in the VR realm for games that appeal to CCG fans. The sooner we get a working concept out to the fan base the sooner we can start making it into the game that it should be.

At the time of originally launching on Early Access this game was a 2 month work in progress done by a very small development team. We've been putting in many hours each week which is how we were able to get as far as we have in a short amount of time. I can confidently say that this "work in progress" is a complete game that stands on it's own legs.

I don't believe that players will feel this is an incompletely or half functioning prototype. For all of the features that currently exist, you can use them properly in the game. The game can be won or lost.

To take this working concept and to turn it into the game we want it to be at scale, it's going to be expensive. Original artwork will be costly and the development hours will be in the thousands. Early access seems like a good way for us to attempt to secure some capital and also get the game in the hands of players now instead of in a few years from now. Players that we hope will help us shape the game.”

“It's hard to predict the development cycle this early on. To build something at scale for the sort of network play, artwork, market place, etc you see in big budget CCG games will easily take thousands of hours.

I think the game will end up becoming what budget dictates. If we get a healthy number of purchases from early access, then we have the capital to support our wishes for the game. With a grander scope and refinement.

If we don't generate any revenue we will have to produce a less sophisticated version of the game. We are personally interested and excited for a VR game like this, though we'd be keeping our day job. :)”

“It's hard to say what the future will bring, but we know the product will evolve naturally as we play it. The game is centered around traditional card play with some extra elements. However we may find this will change based on testing. It could be that the game is centered around a different mechanic that is best suited for VR. No matter what the game is about casting spells and battling.

As for specific features. Expect to see an evolution of polish and playable content. Currently we are using low cost 3D models (still high quality) to represent our minions that can be spawned. However we have already found an artist with some amazing, fully animated, super high detail models of creatures. If we can get the funding we are going to bring these into the game.

Multiplayer is an interesting possibility and that will be dictated by the community. If we have a large following itching to play each other online, we will invest time into this.”

“The early access version, as of writing this, is fairly polished graphically. There are limited sound effects. There is a limited test set of cards, minions and spells. We will continue to add to the scope of these, but right now the focus is on nailing the core functions of the game.

The player can cast spells such as fire beams from their hands. The player can play a card and have the corresponding minion spawn. The minions can attack enemy minions one per turn.

Hands would make the game feel better, and hands are already wired up and technically functional. However there are some tweaks to be done.

We've always loved the use of crafting in many other games and thought this would be a perfect way to bring the concept of buffs into virtual reality by requiring physical effort to obtain them. Crafting at this stage in development is purely superficial. We are currently developing crating and we expect to launch this ability during the winter.

The game currently has a limited 20 card deck and a subset of minion models. We have identified some models that we would like to buy which would greatly expand the decks.

Players have no ability to customize or pick the cards in their deck. We would like implement this.

The enemy player is Computer AI only at this point. We would like to make the AI more sophisticated and introduce characters.

Multiplayer is obviously where these games shine. However with no network of users, investing time early on to multiplayer instead of core mechanics would be a bad use of time. We are unproven at this point as a studio so that is a big risk to take. We want to invest in this down the road and if we suddenly get a giant subscriber base over night you can be assured that multiplayer would be moved to the top of the priority list.”

“Yes, the game will increase in price as it nears maturity. We set a very low price right now instead of free because we still need money to cover the costs of artwork and game assets, but we don't want the price so high to prevent the community from helping us out.”

“We will be announcing new builds and collecting community feedback as it comes in. We need their help to balance cards, determine card configurations and game play.”

“While playing, I ended up feeling more like the mastermind behind a powerful army than just a player in a VR-ified card game.”
UploadVR

“If you're a fan of Magic: The Gathering or Yu-gi-oh! there's a chance you may get kind of excited about Manastorm.”
Pocket Gamer

In the realm of G'nar you are a spell casting, minion summoning, magic card playing, bow wielding wizard. Equipped with your enchanted deck of cards, step into battle and fight to become the Champion of G'nar.

Manastorm amplifies the fun of traditional magic card games through virtual reality. It brings the player into the action with animated cards, world scale minions and magic spells cast from their hand.

To start the player has a deck of enchanted cards that they draw from each turn, and a stack of mana crystals that increase each turn. The play will literally throw their card of choice onto the battlefield. If the player has enough mana to cover the cost of the card, the cards enchantment will be cast.

See the steam discussion for updates.