The Ember Saga: A New Fire

The Ember Saga: A New Fire
Developer
TSGS
Publisher
The Southern Gaming Syndicate
A deep, story-driven experience where The Order, a powerful organization that has existed for over 3000 years, never interferes with the politics of the nations of Mörja. But everything is not as it seems, as The Order has a dark secret.
All Reviews:
7 user reviews - Need more user reviews to generate a score
Release Date:
Developer:
TSGS
Publisher:
The Southern Gaming Syndicate
Tags
Popular user-defined tags for this product:
RPG Early Access Adventure Indie Action RPGMaker
+
Reviews
All Reviews:
7 user reviews () All Time

Some sexual references and animated violence.

“The team here at Forthright Entertainment knew we had a killer story to tell, but we also believe that great game play and excellent story telling make for the best combination. We want those Early Access players' feedback as we try to build a game that an RPG fan would love. Sometimes in a development cycle, you think you have an amazing idea. It works on paper, it works in your mind, and so when you put it in the game, you think it works! Alas, when the players play your game, they quickly can either confirm your thought or let you know that your brilliant idea is really not so great. We also are looking forward to developing a community around the game and work with that community to build a game that they really want to play.”

“As always, setting a hard release date is tricky because you never know what can come up in the development cycle. That being said, we are targeting fall 2017 for an official release date, but we are not going to release the game until it is ready.”

“In the Early Access, we will clearly be building the game as we go. The full game will have hours of the main story line and over 100 hours for those die-hard completionists. Each class will have its own specific story quest line, and every region in the game will have unique quest that brings the world of Mörja to life. We go into the history of the regions, the politics of them and so much more. We will be adding more custom art and tiles sets, better gameplay functionality, and tons of Easter Eggs, just name a few things. We really are looking forward to getting the fans' input for the game as it will be the first of three planned games.”

“We currently have over three hours of a fully functioning demo that you can play now, and at the release of Early Access we are targeting around 8 hours. We plan to release updates every 3-4 weeks.”

“The game will gradually increase in price as we add more content through Early Access. We believe that those early adopters of the game, who will help us make the game even better, deserve a discount for going through the journey with us. Our game will start at $6.99 and move up in price until we reach our final price of $14.99.”

“We absolutely are planning to include the community in this game. We will be accepting submissions for art to even be considered in the game. Monsters and characters will be our main focus, but we will even be taking tile art into consideration as well. Ailynn, our lead character artist, will even be hosting a couple live stream character design sessions where our community can give live feedback. Ailynn will take that input into the art she is doing live.”
Read more 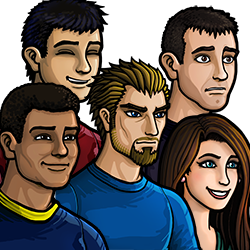 Four friends are thrown into an uncertain world! They want to find their friend who was stolen from them but are met with resistance and the politics of a large new world. Their decisions will shape the locals’ opinions and affect the world around them. To save themselves and their friend what lengths will they go to? What can really be justified for the greater good? What decision will you make to guide this group of friends on this path? Old ways and new rules govern this world. A living world full of thieves, beggar kings, and dangerous things.

A deep universe with multiple nations, the world of Mörja is the setting in which four friends, Jason, Sophie, Jerome, and Alex, must find their way through an unknown world to save their friend Derek. Mörja is filled with kingdoms, empires, villains, monsters and more. A New Fire's open world epic story-line and developed characters create a deeply engaging game that is must own for any JRPG fans who desire an open world environment.

*Unique dialogue for each quest, with a robust main story line! You will encounter quests with choices that will directly affect the outcome. Unique character development and interpersonal relationships between the main characters and locals in the world!

*A large land to explore with hidden mysteries and unique locals. Discover long-lost tribes and magical crypts. Battle at the mountains or explore the city. Uncover lore that goes back thousands of years. Discover what has been hidden away from society for generations or return an ancient relic to a family who has forgotten their past.

*A unique, customizable skill system with specialties for each class and the ability for combining scrolls to create new spells! Over 100 skills, spells, and combat forms! 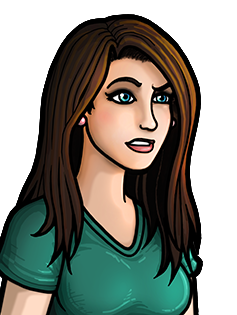 *5 Starting classes with 2 specializations per class! Will you choose to wield the voids power or channel the spectral magic? 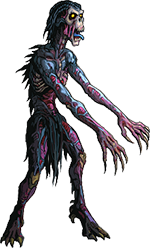 *A crafting system that is straightforward yet fun! With the option of adding sockets and augments to weapons and armor!

To our friends and players...

This game has been brought together by a dedicated small team working overtime to create a story and a world we believe you will enjoy! Please stick with us through this process of growing this world with your input. We value your input and welcome your opinions. Please send a message to our community manager.