Mitch: Berry Challenge is a Lighthearted Retro inspired 2D Platformer with classic and simple controls, challenging levels, hand drawn animations and a fully composed soundtrack.
You'll play as a Green Iguana from the Goain Tribe. The tribe's most important treasure has been stolen and you, Mitch, must go to the island where it was taken and bring it back. Collect all the yellow berries on each level to complete them, race against the clock and battle against two bosses in this charming little adventure. 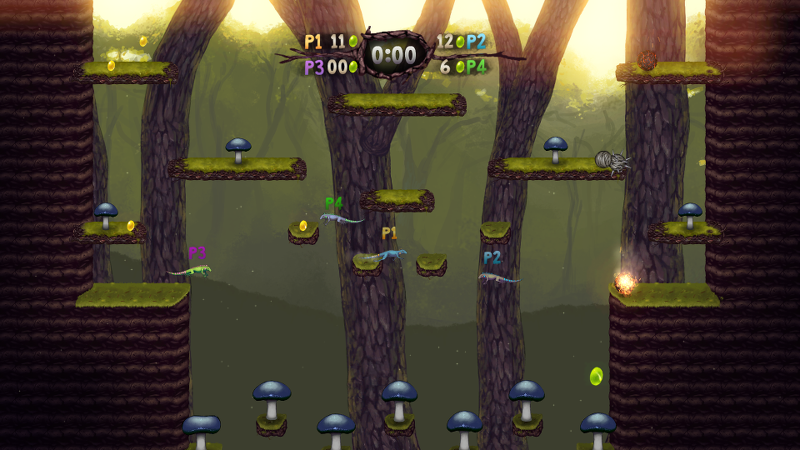 Play against your friends and family in this carefully crafted local multiplayer experience. Collect yellow berries and be the one that grabs the most! But be careful, keeping those berries safe is a difficult task, there will be random hazards all around and the more berries you have the more vulnerable you'll be! Up to 4 players can join in this berry madness!

We are a team of three developers from south america: Androcles, the producer of the game and former president of the studio from Barranquilla, Colombia, Christian, the Musician from Puerto Montt, Chile and Esteban, The Artist and Programmer from Puerto Montt, Chile as well.
All our influence comes from the natural environments that surround us both in Chile and Colombia. So nature (and its artistic representation) will be present on most of our games, so always expect that from our future titles!.

This is our very first game, made with no budget at all, so we thank you for checking it out. Your support will help us making greater and more unique experiences in the future.

We hope you enjoy this game and have fun as much as we did while making it!.