Unlike any other fighting game before, FrightShow Fighter delivers a creepy-fun experience that will leave you curious as to what else these strange characters can do. If you enjoy something different, THIS is the game for you!
All Reviews:
Mixed (12) - 66% of the 12 user reviews for this game are positive.
Release Date:
Developer:
3 Fright
Publisher:
3 Fright
Popular user-defined tags for this product:
Indie Action 2D Fighter Horror 2.5D Singleplayer Fighting Great Soundtrack 2D Classic
+

Have you ever seen a giant rabbit shoot lasers from its eyes or a 1-eyed lumberjack tossing "Bite Bears" from his bookbag? That's just a small taste of the odd and unusual sights you'll see in FrightShow Fighter.

This is a fighting game like no other. There are 10 characters to choose from. Each has their own unique abilities, theme music, and bizarre levels!

At its heart, Frightshow Fighter has the feel of the fighting game classics, but with a fever dream twist that leaves you excited for more! 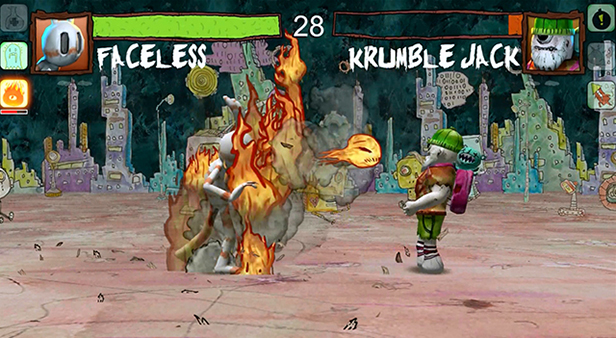 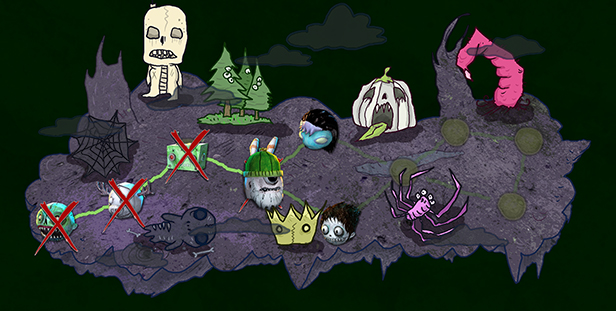 The FrightShow was never meant to be anything but entertaining. Every Thursday night at an old local theater you could come see the wonderful and amazing; the bizarre and obscure. However, this all went awry one night when a cloaked warlock came to see the show. During the final act, the warlock, known as Xonolox, performed an evil spell that was meant to steal the eyes of the entire audience. But the spell was too powerful, he couldn't control it! It backfired, ripped through space and time, and created a multi-layered universe that left the performers of the FrightShow taking the side of good or evil.