“Fantasy Tales Online is already the length of a full title with over 50 hours of content for your first play-through. However the expectation for a MMO title is much higher and early access is the next stage in our development process. We’re ready to grow the community and take on a larger player base of early adopters to join and help us shape the game.

A key policy that we have always stood behind is that players have a voice in helping bring our game to life. We have already stood behind this throughout numerous testing phases and are now ready to begin to scale our product with additional players. There are a lot of different gameplay features that require us to have a larger audience to help fine tune mechanics and gameplay.”

“As long as it takes. We take your feedback seriously and want to make sure we’re proud of this game. We understand the complexity that goes with releasing an MMORPG title especially with a smaller team size. Because of this we want to ensure that we gather as much feedback as possible in order to properly balance and polish the game before we release.

We will release once your feedback is confirming that the game is as polished as we envision it to be.”

“Here’s our roadmap for features we’d like to introduce, complete and polish:


We’re also looking into giving users access to tools to create 3rd party servers where they can create their own worlds. We believe that 3rd party server can bring an incredibly creativity and diverse content to a game.”

“All the core MMO mechanics are already in place. We’ve got classes with unique builds, a rich item system, quests, guilds, engaging combat and party system all in a persistent world. We’ve had a public test available for the last year while we continued to add content for players. Already our users have logged a combined year of play time with several users singlehandedly clocking in between 100 to 200 hours.”

“Fantasy Tales Online is a free-to-win title and will remain that way. Early Access will feature a discounted Frontier bundle for early supporters.”

“Keen players can watch our progress in (semi) real time by watching and engaging us on:


Or get a summary of the changes as they go out by watching our patch notes on our Steam Page or tumblr (patcher) page: http://fantasytalesnews.tumblr.com/”

Fantasy Tales Online is a retro MMORPG where you must form parties, collect gear, fight through dungeons and defeat bosses. Featuring puzzles, a rich item system and complex encounter this isn’t your run-of-the-mill grindfest MMO title!

Pick who you want to become. Choose between thousand of customization options for your character. 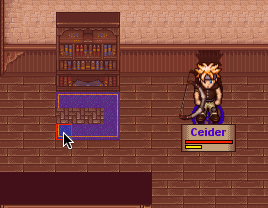 Join your local player town. Collect blocks and objects to place in your home. Band with friends and upgrade to a guild house as the base of your operations. Elect your town major and contribute to it success by defending it and going on the offensive. 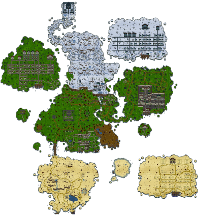 Enter a massive world filled with quests and secrets. Start in the town of Bluevale where you must prove yourself before working your way to the large dungeons. Find all the hidden treasures, fight through the Cauldron sewers and explore the southern desert.

Stun, obliterate, vanish with your characters' unique abilities. Use them strategically to turn the battle in your favor.

Fight unique creatures and take down epic bosses. Employ strategy and party up with your friends. You will be rewarded for your efforts.

Enjoy the game without paying, and if you want to support the development team purchase something from our Cash Shop that does not supply any competitive advantage.