Overpower
Developer
Hydrant Games
Publisher
Hydrant Games
Destroy your enemies in this competitive medieval arena brawler! Choose between 4 classes each with custom loadouts, 9 levels, 5 game modes, and earn your place on the leader-board with an icon and title based on your skill level. Choose a class and join the ranks today!
All Reviews:
Positive (44) - 81% of the 44 user reviews for this game are positive.
Release Date:
Developer:
Hydrant Games
Publisher:
Hydrant Games
Tags
Popular user-defined tags for this product:
Action Early Access Indie RPG Arena Shooter Third-Person Shooter Shooter MOBA
+
Reviews
All Reviews:
Positive (81% of 44) All Time 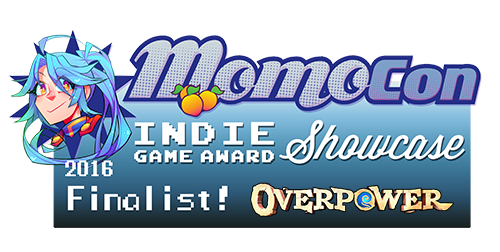 “We chose early Early Access to promote and grow a community around Overpower that will help shape the future of the game through feedback, participation, and suggestions. Reach out and talk to us and we'll happily respond to everyone as directly as possible.”

“Overpower will be in Early Access until Q4 2016. We plan on adding a new class called the Defender and continue polishing the game as we head out of Early Access.”

“The full version of the game will have more balanced and content complete game modes. We will be adding features on a per class basis based on the feedback of the players. As well as creating new maps and modes based on what the community is enjoying and wanting to see more of. We also will be adding out of game RPG style account progression which will give more dimension to the gameplay. These systems are subject to change based on community feedback.”

“Overpower is currently in a very solid state. It has smooth reliable combat, dedicated servers, a skill based ranking system, and the ability host your own server. We're offering 9 levels, 4 classes, and 5 game modes!”

“Overpower will be priced lower during Early Access. We want to grow the community and expand upon the game with player feedback. When the game becomes more established and full featured we plan to raise the price to match.”

“Involving the community is our primary goal with an Early Access Release. We will be doing weekly scheduled playtests with the developers to give all players an opportunity to hang out with the devs and give us direct feedback!”
Read more
Notice: Notice: Overpower is no longer available on the Steam store.
View In-Game Items (5)

“Overpower is likely going to fill an extremely niche role that no other shooter currently does, or can, and we enjoyed playing it immensely.”
8.5 – BlotGaming

Overpower is a competitive class-based arena combat game! Choose between Warrior, Mage, Ranger, and Assassin, each with a variety of unique abilities and weapons to customize their play-style.

Join a dedicated server or host your own while battling across 9 levels and 5 unique game modes. Destroy your enemies and climb to the top of the leader-board, becoming the most Overpowered player in this new and refreshing take on multiplayer PvP action!