Chrysalis
Developer
OWLandFOX
Publisher
OWLandFOX
A journey of a lifetime...and beyond!Chrysalis follows the quest of Comet - a warrior monkey descended from the stars on a mission to save his ethereal mother who has become cocooned at the centre of the earth by the one known only as the mysterious 'Long Shadow'.
All Reviews:
No user reviews
Release Date:
Developer:
OWLandFOX
Publisher:
OWLandFOX
Tags
Popular user-defined tags for this product:
Action Indie Casual Adventure RPG Strategy
+
Reviews
All Reviews:
No user reviews

A journey of a lifetime...and beyond!

Chrysalis follows the quest of Comet - a warrior monkey descended from the stars on a mission to save his ethereal mother who has become cocooned at the centre of the earth by the one known only as the mysterious 'Long Shadow'.

The gameplay takes you on a narrative led swashbuckling adventure through seven mysterious lands each holding their own deep secrets that must be unlocked in order to move closer to the centre of the earth and release Gaia from her slumber. Pursued by a legion of dark forces ruled over by the shapeshifting Long Shadow the journey is a race against time to save Gaia and become the hero you were destined to be.

With fast paced hack and slash combat contrasted with challenging environment based puzzles the game moves along at a blistering pace and keeps the story alive with beautifully animated cinematic cutscenes. 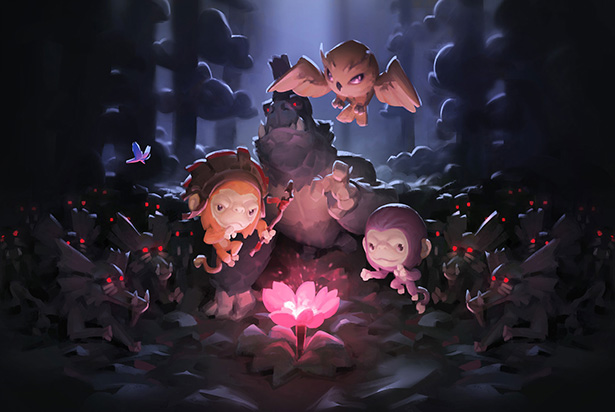