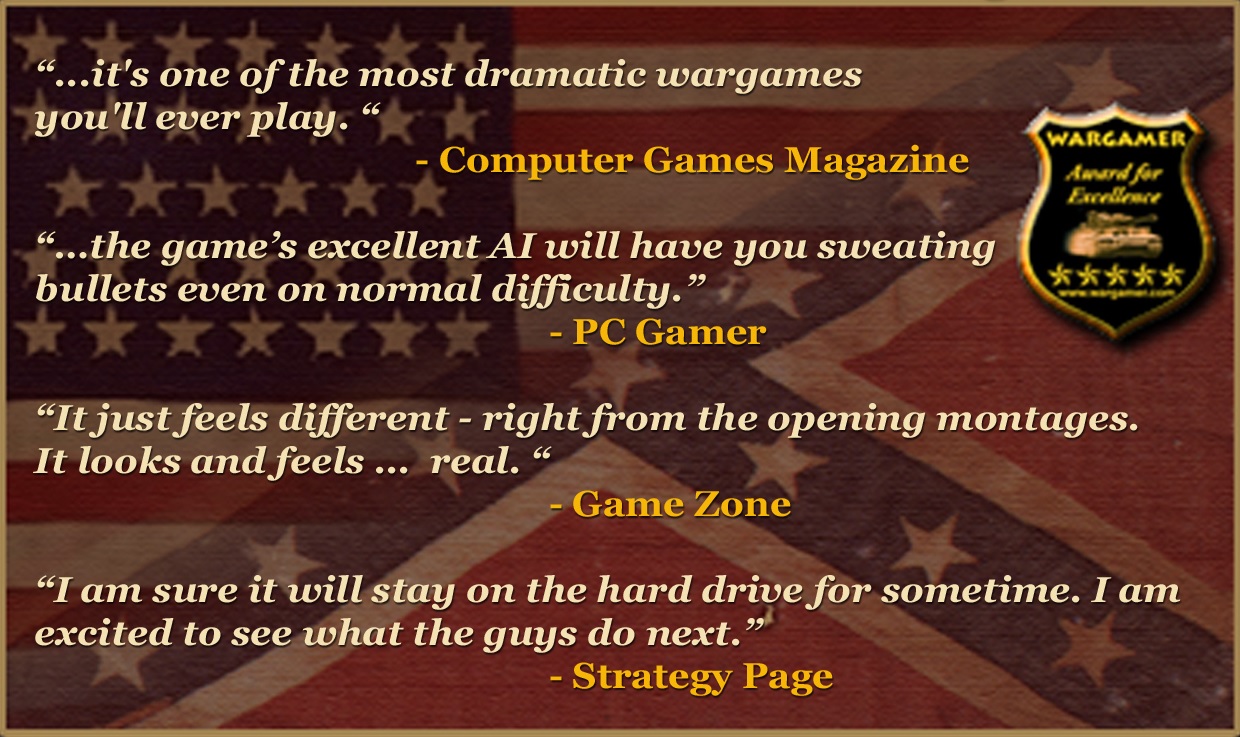 Do you want to know what it was really like to be a Civil War general? Take Command - 2nd Manassas brings you the true feeling of the decision-making and intensity involved in commanding troops in Civil War era combat. Built on the award winning game engine that has been hailed by many critics as the greatest tactical Civil War PC engine of all time, Take Command will capture your imagination like no war game has before!

- Covers the three most important battles of the 2nd Manassas Campaign in 48 scenarios!
- Intuitive linked Scenario Tree (carryover): Results of one battle carryover into the next
- 4 engaging tutorials to acclimate you to the game
- 8 Gigantic battlefield maps based on the historical records from the Library of Congress; the most accurate American Civil War battlefield maps available in a PC game.
- 3 Modes of game play: Historical, Open Play, & Custom/User Created battles
- Control thousands of troops and direct them over 3D terrain (including Generals, Infantry, Cavalry, Artillery and Suppply Wagons)
- 63 different types of weapons - all historically modeled based on range, accuracy, reliability, and rate of fire
- Highly acclaimed Tactical & Strategic AI
- Open Play mode for endless replay ability
- Adaptive AI: the enemy troops' next move is completely based on your actions
- Completely Free-Form Camera: view the entire battlefield from any vantage point at any time
- Players are able to create & share their own custom made scenarios
- Full 3D sound (hear not only the battle you are taking part in, but also what is happening at other locations and all across the battle field!)
- Player is actually in the game, playing as a historical commander
- Each officer has 5 traits that affect personality, performance and tactical decision making on the battlefield.