Nandeyanen!? - The 1st Sûtra
Developer
Tchagata Games
Publisher
Tchagata Games
Nandeyanen!? – The 1st Sûtra is a horizontal 2D shoot’em up that introduces gameplay mechanics such as bullet counter and blast pods. The player takes the role of Tenguman, a long-nosed goblin who wakes up after a thousand year sleep to see the world overrun by an army of mythical pranksters.
All Reviews:
Positive (11) - 81% of the 11 user reviews for this game are positive.
Release Date:
Developer:
Tchagata Games
Publisher:
Tchagata Games
Tags
Popular user-defined tags for this product:
Action Indie Shoot 'Em Up 2D Anime Arcade Bullet Hell
+
Reviews
All Reviews:
Positive (81% of 11) All Time

“Developer Tchagata Games could have just as easily thrown together some hasty art and backgrounds and called it a wrap for its first project; the fact that they didn’t proves they respect the genre and the material. I look forward to seeing what comes next. It’s off to a strong start.”
TheXBLIG

“All and All, Nandeyanen!? The 1st Sûtra is a very solid game that deserves a good hard look, despite its woefully short stage set.”
3.5 – Bullet Heaven HD

Nandeyanen!? – The 1st Sûtra is a horizontal 2D shoot’em up that introduces gameplay mechanics such as bullet counter and blast pods: the first allows the player to survive waves of attacks by returning them to their sender and the second is a tool meant to valorize the player’s learning curve by letting him spread his attacks on the whole screen. In a narrative thought as a homage to Japanese imaginary worlds and creative game design, the player takes the role of Tenguman, a long-nosed goblin who wakes up after a thousand year sleep to see the world overrun by an army of mythical pranksters. The game structure seeks to emulate both the tenacity and the virtuosity required by the genre. Thus, while meant to be easy on the eyes the game is not targeted at beginners.
Nandeyanen!? - The 1st Sūtra contains the three first stages (Mountain, Forest, Temple) in four languages (english, japanese, korean and french). 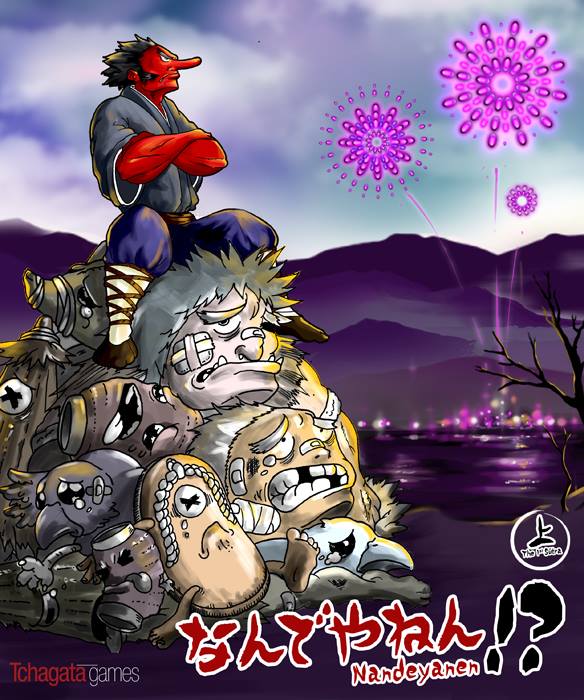 The project mirrors the prolific dôjin (amateur) Japanese scene and we made our game always with this specific creative context in mind. For the game design, our main goals were to mix the manic shooter subgenre with original and challenging mechanics that could be seen during the NEC PC-Engine/Super Famicom era. Since we enjoy games that are well balanced and that rely mostly on skills, we decided to remove any form of power-ups in order to obtain a precise and demanding game design that values our gameplay mechanics.

The gameplay introduces challenging mechanics such as bullet counter (directly inspired from SFIII: Third Strike) and blast pods represented by your 3 Karasu-Tengu partners.

In that sense, the “counter” mechanic is the more original feature of the game as it breaks the dodge’nd shoot routine common to the shoot’em up genre and let us experiment with new rhythm and bullet patterns. The feeling of danger/courage the player gets when confronting a bullet is the gamer’s rush we are looking for in our design.

-Nandeyanen!? is played like a regular horizontal shoot’em up except for some subtle mechanics that we try to force the player to learn little by little in order to progress. As there are no power-ups, the standard shoot is not upgradable but the button can be pressed continuously.

-The “Bomb” button deals no damage to the enemies but draws the bullets away and makes Tenguman invincible for a short while.

-Pressing on the “Pod” button will place one of three “Mini-Tengu” that will release a heavy damaging violet beam after 3 seconds. The three “Mini-Tengu” appear on the HUD and recharge after 2 seconds each and 10 seconds when all used quickly.

-Some enemies will come equipped with either a yellow or a blue shield. The blue shields are broken using countered bullets and the yellow shields with a violet beam released by Tenguman or his little acolytes.

-In each level there are five “Siddham drops” hidden in enemies that when collected will make Tenguman do an extremely powerful shot against the boss.

-We strongly recommend you to play with a gamepad or an arcade stick (Xbox360 gamepad/arcade stick are supported).

The visuals and the storyline are thought as homages to the 1991 Nec Pc-Engine game Hanataakadaka!? (“Super Long-Nose Goblin”). We also count among our main influences the Ganbare Goemon series, Treasure and Cave shmups but also games such as Clover's Okami and Vanillaware's Oboro Muramasa.

Nandeyanen!? – The 1st Sûtra is meant as a tribute to the creative ways in which the Japanese popular cultures use folklore as inspiration and reinvent it constantly through imaginary but meaningful worlds for us to step into. We tried to visually reinterpret the influencing works of Hokusai, Lafcadio Hearn or Shigeru Mizuki in order to understand the creative process behind recent Japanese video games involving mythic patterns. As fans of Japanese esthetics, the manga visuals were also selected since they were much easier to work with for our graphic designers. Backgrounds were made to remind the players of ukiyo-e drawings.

Tchagata Games is a creative hub of five persons located in the area of Lausanne, Switzerland. We are dedicated to the exploration of gaming, in whatever form of support (video games, card games, board games, etc). We value dedication to imagination, spontaneity and madness. Every member has either a day job or is on the path of an academic career (involving game studies for one) and we mostly work on our projects during long sessions together. We are the product of a long lasting friendship that was triggered by our mutual passions for video games, Japanese culture, and low cost foie gras paste. Entirely self-taught when it comes to game design we decided to first tackle the shoot’em up genre as it appeared (at first...) easier to program and design. Between the five members, a line is clearly defined between two graphic designers, two game/narrative designers and one sound designer but ideas are mostly generated through intense discussions.

Nandeyanen!? – The 1st Sûtra is a project born from a deep and long lasting friendship centered on a genuine love for the crazy difficult and borderline maniac Japanese arcade culture. The five team members behind the game are entirely self-taught game designers who could not resist their true calling of showing their love of the shoot’em up genre by this homage to the NEC PC-Engine cute but deadly game Super Long Nose Goblin. Just to be clear: Nandeyanen!? was entirely financed by passion and stubbornness for the entire four years development process. We believe shooters need this level of devotion.

A very special thanks to Dollppin for the Korean translation!

The Full Soundtrack of the game is also available 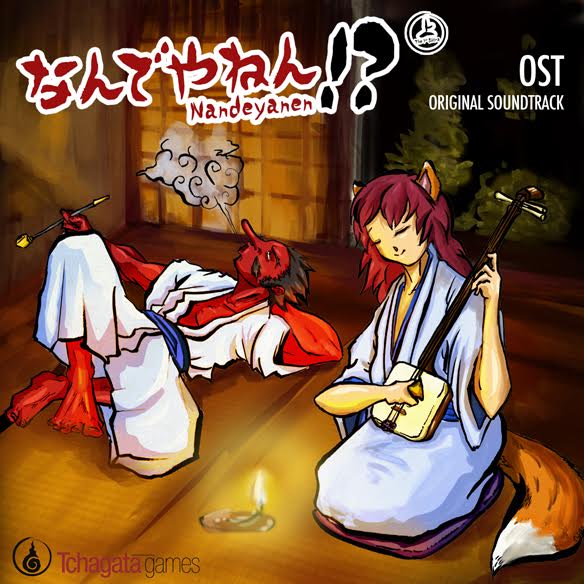