CPUCores :: Maximize Your FPS
Developer
Smorb Software
Publisher
Smorb Software
Maximize your FPS :: Use CPUCores to isolate and constrain OS + non-game processes and dedicate CPU resources to be used exclusively for your games! CPUCores fully integrates with all Steam games!
All Reviews:
Mostly Positive (9,955) * - 74% of the 9,955 user reviews for this software are positive.

This product has experienced one or more periods of off-topic review activity. Based on your preferences, the reviews within these periods have been excluded from this product's Review Score.
Release Date:
Developer:
Smorb Software
Publisher:
Smorb Software
Tags
Popular user-defined tags for this product:
Utilities Software Gaming Hardware FPS Singleplayer Mod Design & Illustration Indie Mouse only Action Casual Open World Gore Epic
+
Reviews
All Reviews:
Mostly Positive * (74% of 9,955) All Time 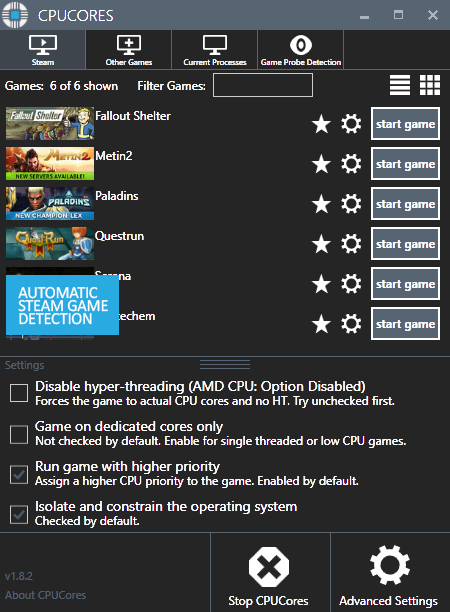 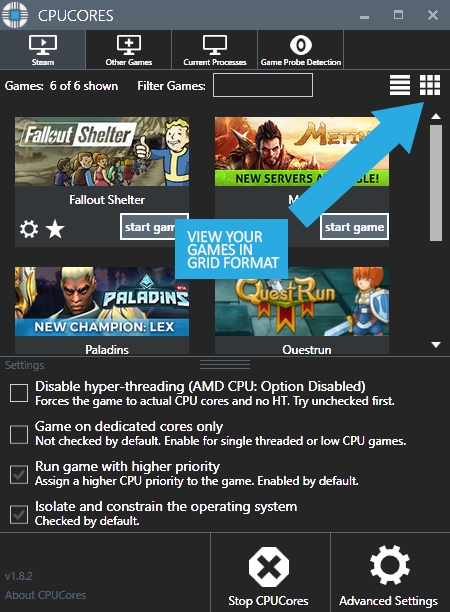 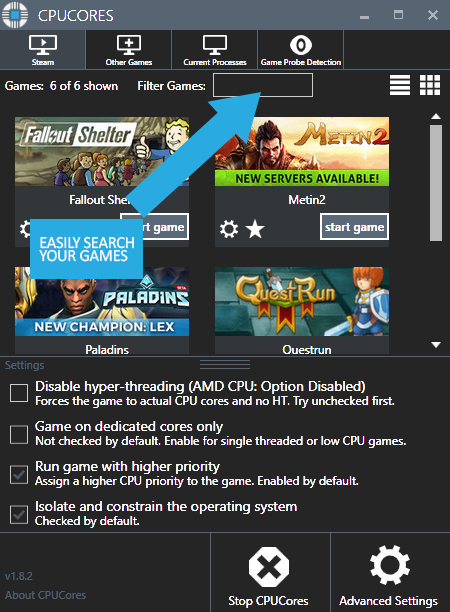 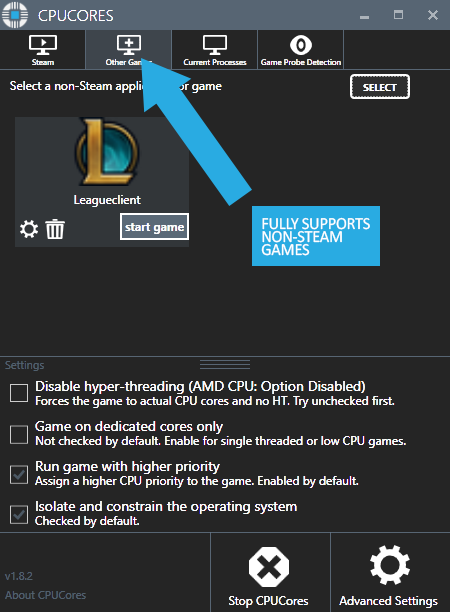 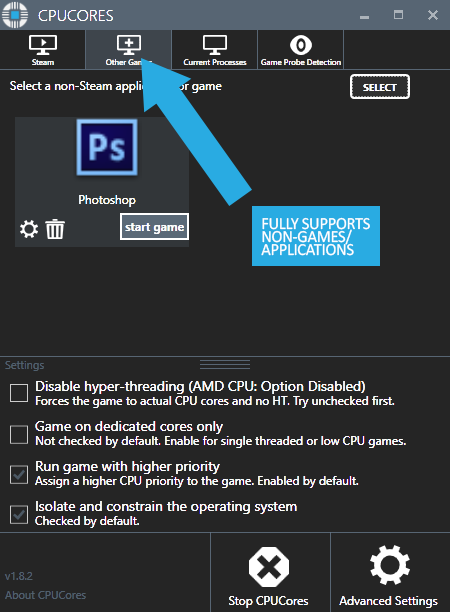 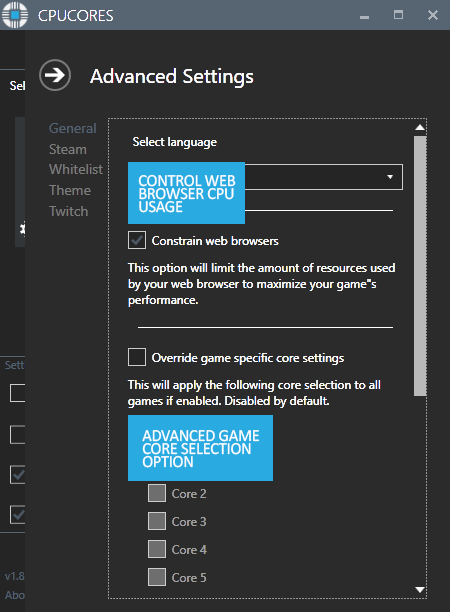 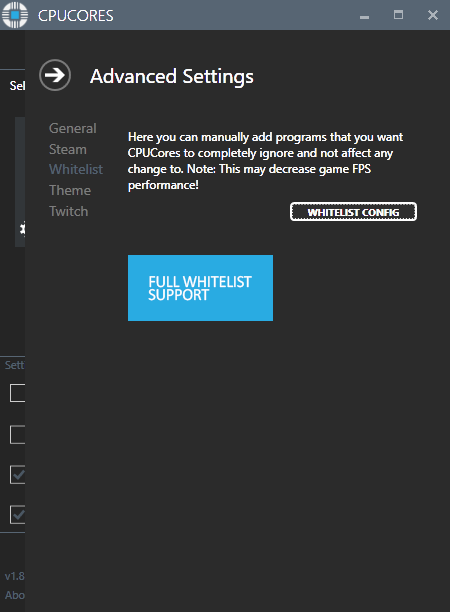 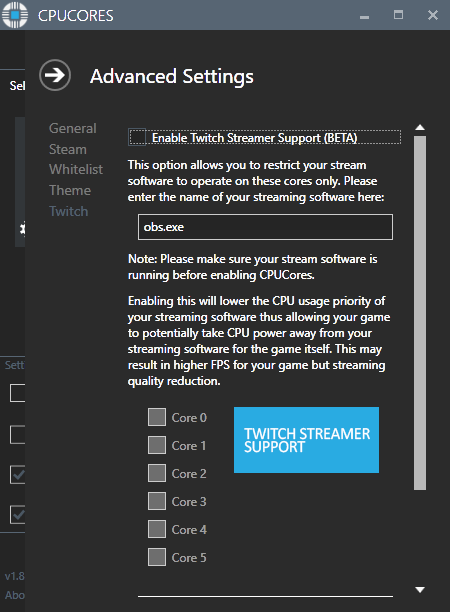 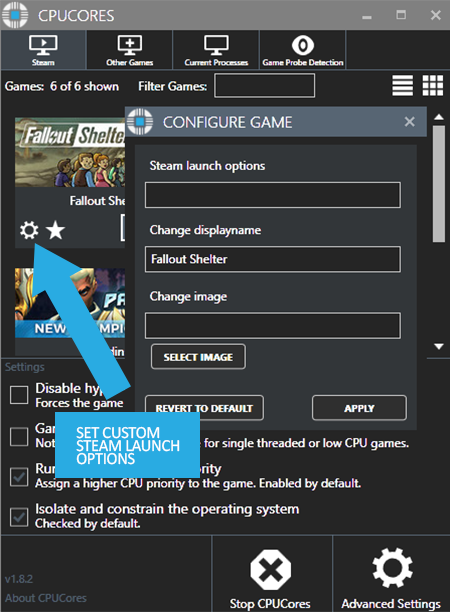 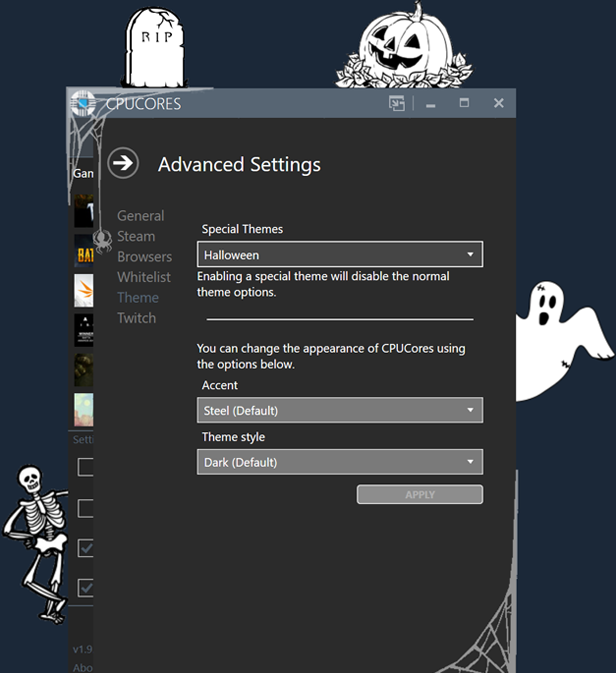