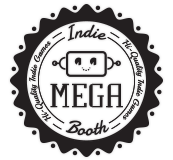 “Ember Strike has a TON of work already put into it, but we think this game will only be able to reach its full potential with the voice of a community of players. We are focused on making a great set of well-balanced fighters that work nicely together in parties, and we've got a good start, but we need to hear from you. We know that you will be brimming with ideas about what you want to see in the next batches of fighters.”

“The plan is to be in Early Access as short as possible, 2-3 months ideally, but we will be listening to the community as the game progresses. We plan to have weekly updates, so you'll be seeing a constant roll out of new content right up until the day Ember Strike is ready for a full release.”

“A full release will have at least 5 unique environments, 3 Heroes, and over 100 balanced fighters. Cross-platform capabilities are definitely coming, and a new game mode may be in the works as well. Note: Minions stats, powers, and strikes will be changing during Early Access.”

“The core game is very far along, and you'll have a stable and smooth experience as a player. There are full PVP rounds and many PVE battles ready to be fought. The set of minions is limited but growing, the tutorial covers basic gameplay, and the sound is still in its early stages of creation.”

“Ember Strike is free to download and play but the prices of the items in-game will likely change between Early Access and the wide release. We are still working that out.”

“We plan on hosting weekly dev chats where players are able to talk directly with the developers.
Before we release new fighters, we'll post their cards so that we can hear what the community thinks. The best parts of the game have come from listening to players' ideas and simply hearing how people feel about the game. We know that Steam will tell us exactly what they think, and it's going to make the game even more awesome.”
Read more
View Community Hub
See all discussions

Fast head-to-head fighting like you’ve never seen.
Welcome to Ember Strike. Join the first PVP fighter of its kind! Ember Strike is the perfect mix of speed and action with live, competitive, head-to-head battles. Collect and upgrade a team of unique fighters and strike down your opponents in a totally unique mix of hardcore fighting, mini-games, and puzzle action. Steal moves, throw Strikes, reign destruction on your enemies!