Terminal Hacker - Into the Deep 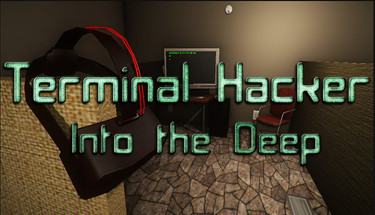 Your sister Merle McPenrite has dropped off the grid without notice. Reports indicate that this is a fate she shares with countless others.
All Reviews:
Mostly Negative (11) - 27% of the 11 user reviews for this game are positive.
Release Date:
Developer:
SecuritySession.com
Publisher:
SecuritySession.com
Popular user-defined tags for this product:
Adventure Early Access Indie
+

“PLEASE ONLY GET EARLY ACCESS IF YOU UNDERSTAND THIS IS STILL A WORK IN PROGRESS!!!

There is still a LOT of work to be done in detailing the environment and we would like to ensure that any bugs or game play issues have been resolved prior to doing a full production release. The game is already playable but needs to have more side missions and interactivity when it comes to mini-games and the virtual world.

I would also like to ensure that the content being added is at the appropriate levels and not so difficult so that it causes frustration, or so simple that it becomes a waste of time.

Receiving feedback from users will be critical to ensuring this title ends up being good. All lessons learned from this episode will be incorporated into the second and other episodes as well.”

“The final version will incorporate feedback from early release customers and also include bug fixes as needed. It will also cover more hacking material. This first episode is made for absolute beginners in both information security and Linux command line knowledge and as such no previous experience is necessary to finish the episode - just clever thinking!

We would like to fully understand just how far we can push the complexity without overwhelming newer users.”

“This is the first episode in a series. The material in this episode will be critical to understanding the game play and the storyline of future episodes.”

“Price will be FREE upon release. Please only choose the early release option if you want to help further the development of this project and want to be involved in improving it's final quality.”

“We will take feedback from players and when possible implement the best change requests. We will also be asking specific questions about game play and other game related items.”
Read more

Buy Terminal Hacker Into the Deep

Dan McPenrite's sister Merle has dropped off the grid without notice. Reports indicate that this is a fate she shares with countless others.

Set in the near future where virtual reality has become the ultimate escape to the dreariness and suffering of everyday life in a collapsing society you will use your wits, computer skills, and hacking ability to discover the mystery behind the recent disappearances. This investigation leads you to infiltrate her last known location where you become entangled in a conspiracy that spans both virtual and physical realities. Do you have what it takes to find your sister and help her before it is to late?

The initial concept of this game was created by a published author in the hacking world. The story has been written by Conor Kostick - Published Sci-Fi author and Historian.