Glide, swoop, tuck, dive, magnetize, grind, walldrive, and burn your way through rings to advance the difficulty of the vast, procedurally-generated environment while avoiding the fog and getting stranded! This game demands a great deal of skill and is not suited for casual players or people susceptible to motion sickness.
All Reviews:
Positive (31) - 90% of the 31 user reviews for this game are positive.
Release Date:
Developer:
Mark Chong
Publisher:
Mark Chong
Popular user-defined tags for this product:
Indie Simulation Action Flight
+

Glide, swoop, tuck, dive, magnetize, grind, walldrive, and burn your way through rings to advance the difficulty of the vast, procedurally-generated environment while avoiding the fog and getting stranded!

stratO is a demanding game that requires a lot of dedication and determination but rewards you with the ability to make a friction-fueled rocket-glider pull off stunts that surpass anything you've seen in a movie. But forget everything you know about other flight sims and flying games. IT CAN'T HELP YOU HERE! 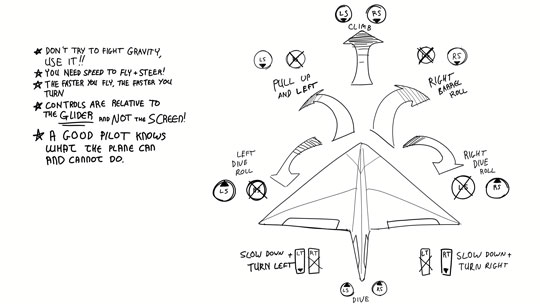 - Rather than telling your plane to go up/down/left/right, you control INDIVIDUAL air deflectors, and the sum of their generated torque is the result.
- This means that although the controls are harder to learn, a master pilot can pull off very tight aerobatic stunts and emergency recovery manoeuvres.
- Procedurally-generated world that gets more difficult as you collect more rings.
- Interwoven and deep game mechanics -- slide to boost, boost through rings or slide during a boost to refuel, tuck to magnetize wings and slide easier and double engine thrust and decrease drag, and that's just the start!
- Tight controls are simple to learn, but challenging to master. Being good at stratO is something to be _proud_ of.
- PC Version supports keyboard controls, XBOX Controllers (with vibration) and generic gamepads/flight sticks
- All controls are remappable (including menu & interface navigation)

You may freely use footage, audio and/or imagery of stratO in your creations. Voluntary attributions appreciated.