To End All Wars

Ageod’s To End All Wars is a grand strategy game set during World War One. Players will take control over one of the major powers that so desperately fought for control over Europe and to end all wars.
All Reviews:
Mixed (109) - 63% of the 109 user reviews for this game are positive.
Release Date:
Developer:
Ageod
Publisher:
Slitherine Ltd.
Popular user-defined tags for this product:
Strategy Simulation World War I Grand Strategy Wargame Historical Turn-Based
+ 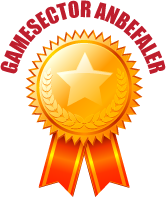 Buy To End All Wars

“To End All Wars is a great old school wargame. It can be intimidating for newcomers, but it's worth a try just for its quality.”
85 – IGN Italia

“In the off chance that you're interested in seeing what the most serious of strategy games look like, then here's a perfect exhibit A for you.”
80 – Digitally Downloaded

Ageod’s To End All Wars is a grand strategy game set during World War One. Players will take control over one of the major powers that so desperately fought for control over Europe and to end all wars.

Of course the engine has been updated and altered to convincingly simulate Great War warfare. Continues lines of trenches can be created by the player (and the AI) and special rules allow air units to fulfill missions even beyond enemy lines. Other features brought by this title include the new diplomacy system and the new research system.

Together, these features, combined with the proven Ageod formula make To End All Wars one of the biggest and most detailed Ageod titles yet!

Note: The manual is only available in English.