Commander: The Great War
Developer
The Lordz Games Studio
Publisher
Slitherine Ltd.
Take Command and Secure Victory in the Great War! Commander – The Great War features a Grand Campaign covering the whole war from the invasion of Belgium on August 5, 1914 to the Armistice on the 11th of November 1918 in addition to 16 different unit types including Infantry, Cavalry, Armoured Cars and Tanks, Artillery, and much more!
All Reviews:
Very Positive (215) - 80% of the 215 user reviews for this game are positive.
Release Date:
Developer:
The Lordz Games Studio
Publisher:
Slitherine Ltd.
Tags
Popular user-defined tags for this product:
Strategy Turn-Based Strategy World War I Wargame Grand Strategy Historical Turn-Based Hex Grid
+
Reviews
All Reviews:
Very Positive (80% of 215) All Time 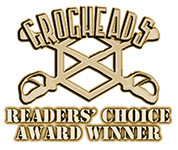 Digital Strategic Wargame of the Year 2012

“In my opinion Commander: The Great War is a must-have for anyone interested in this bloody conflict.”
The Wargamer

“Accessible and well-documented, without sacrificing challenge or strategy”
Tacticular Cancer

Take Command and Secure Victory in the Great War!
At the heart of the conflict, when men fought for every inch of land, only visionary leaders could make the choices that would lead their troops to victory. The remarkable sequence of events that inexorably led to the 'Great War' is written in our history books and pictured in our movies. Now a new turn-based strategy game captures this time of war with unprecedented realism, playability and accuracy. Developed by The Lordz Games Studio, Commander - The Great War is the latest release in the popular Commander series to bring the thrill, excitement and challenging decision-making of these difficult times to life. Gamers can enjoy a huge hex based campaign map that stretches from the USA in the west, Africa and Arabia to the south, Scandinavia to the north and the Urals to the east on a new engine that is more efficient and fully supports widescreen resolutions.

Commander – The Great War features a Grand Campaign covering the whole war from the invasion of Belgium on August 5, 1914 to the Armistice on the 11th of November 1918 in addition to 16 different unit types including Infantry, Cavalry, Armoured Cars and Tanks, Artillery, Railroad Guns and Armoured Trains and more!

For generals looking to test their mettle against other players, Slitherine’s revolutionary play by e-mail system will also bring a whole new level of excitement in Multiplayer battles while simultaneously offering near limitless replayability!

The game is now also available on iPad! The iOS version packs the same great gameplay and allows you to challenge PC owners in cross-platform multiplayer!

Commander - The Great War is not anymore officially supported by the developer. The last patch is from 2015. A few glitches might be encountered.