X-Team
Developer
N-Game Studios
Publisher
N-Game Studios
X-TEAM is a role-playing strategy with a non-linear narrative. You must form your squad and fight aliens around the world. Use dozens of weapons, paranormal abilities of heroes and your charisma to destroy the enemy!
All Reviews:
Mixed (10) - 50% of the 10 user reviews for this game are positive.
Release Date:
Developer:
N-Game Studios
Publisher:
N-Game Studios
Tags
Popular user-defined tags for this product:
Action Indie RPG Strategy Violent Isometric Singleplayer Post-apocalyptic RTS Strategy RPG
+
Reviews
All Reviews:
Mixed (50% of 10) All Time 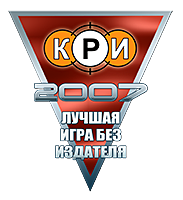 “In fact, the closest relative of X-TEAM can be considered, for example, Dungeon Siege. With "party" RPGs, this game is related not only as of the management of a team of characters but also to an advanced quest system, a good choice of classes and weapons with an extensive set of characteristics.”
"Лучшие компьютерные игры"

“Strange as it may seem, but you will be inspired by the story of X-TEAM. The guileless plot, the long-familiar narrative about the evil aliens, "the planet was unable to oppose the enemy" is a wonderful backdrop for a turbulent political thriller. Intrigues, secrets, betrayals, adventures and amazing disclosures.”
StopGame

“The authors came up with a very fascinating plot: here there are many diverse characters with their skeletons in the closet, and intrigue, and unexpected plot twists. Moreover, there is a real, not imaginary, nonlinearity: at a certain moment, you must make a difficult moral choice, after which the plot will be divided into two independent branches. In addition, there is everything for a "real manchkin". There are enough opportunities for comfortable character leveling: in addition to the main quests and the main enemies, you can always be distracted to explore the territory, arrange the genocide of the local fauna and find a couple of backpacks with valuable loot.”
PlayGround

X-Team - a classic mix of role-playing game and strategy, inspired by the legendary Fallout, Command & Conquer, Rage of Mages and Dungeon Siege. X-TEAM was first released in 2008 on DVD, and now the re-release of the game is available on Steam!

In 2010, the Earth was attacked by hordes of aggressive aliens - Sarts. The resistance of disparate armies was broken in a matter of hours. Survivors formed the Earth Alliance to jointly combat the Invasion. But, in the new organization, there is still no unity. Some of the leaders of the Alliance are ready to sacrifice the destiny of all mankind for personal ambitions. And the motives of the aliens are also not as simple as it seems at first glance...

...And also a large arsenal of weapons and equipment, dozens of characters to talk to, unexpected plot twists, insidious enemies and many other features!

The game contains stylized scenes of violence, images of dead bodies and blood. Dialogues may occasionally contain rude and expressive expressions, as well as the consumption of alcohol and tobacco products.