“We know that creating significant and meaningful on the eSport scene is no small task and this is why that we have involved the players community since the very beginning of the development (when there was no menu or options... Or texture )!
While there is still much to be done, we believe that our game is now ready to enter a new phase and we are ready to open our game to more through early access and use this opportunity to make it reach its full potential!”

“Until we reach a level where we can confidently organize pro-caliber tournament!
We expect it to take somewhere between 6 months and 1 year.”

“Core gameplay and meta-game are ALPHA. Fun is definitely there!
Still a lot of small bugs and visual polish to be done.
A few important features missing (team, rank, spectator mode).”

“No!
Arena: Cyber Evolution is FREE and will always remain so. :-)”

“Community is already actively part of Arena: Cyber Evolution since the very beginning (even when the game was so early it looked like an atari 2600 game). Here are a few initiatives already in place to interact with our players:
”

Read more
Notice: At the request of the publisher, ACE - Arena: Cyber Evolution is unlisted on the Steam store and will not appear in search.
View Community Hub
See all discussions

“The communal aspect of Project Cyber is what revolutionizes this experience. Not only can you voice your opinion during the development process, you will also get the chance to change the match you’re watching by choosing an event”
spiderduck

At Spearhead Games, we believe that e-sports are the next step in international competition. We believe that this growing trend is on the verge of becoming mainstream globally and will play a significant role in defining the future of sports.

Arena: Cyber Evolution is the result of our passion for this phenomenon and what it can become.
We know that creating a game that is significant and meaningful on the e-sport scene is no small task and this is why that we have involved the player community since the very beginning of the development, when there were no menus, options, or even textures!


Arena: Cyber Evolution (ACE) is a futuristic physics-based sports game in which players confront each other in 3 vs 3 matches of wits and twitch reflexes.
By featuring a MOBA-like champion logic, ACE brings an unprecedented twist to the sports genre by allowing players to choose from a variety of super-powered heroes and what style of gameplay they prefer to build their own team strategies.

Designed from the ground up around the mouse & keyboard, ACE was not envisioned only as a sport game, but really as a new sport. 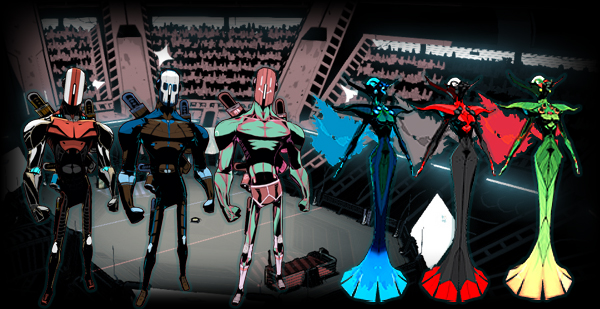 Arena: Cyber Evolution is free to play and we want it to stay this way forever. We believe that it should be at the core of any sport to be accessible for everyone to play and practice no matter what.
As an independent game studio, we however need some money to keep developing the game and improving it.

This is why we integrated monetization features in the game with the possibility to buy skins, hats and other customizations with real money (but never pay to win mechanics!). For us, this is a simple way to allow players who really enjoy and believe in the game to support its continued development by ‘’donating’’ and receiving rewards for it.

In addition to the items available in-game, the following great packages are available as DLC: 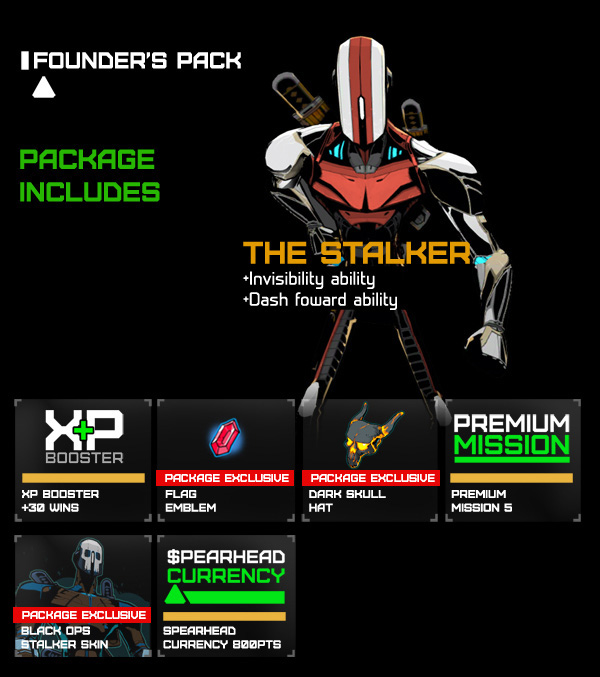 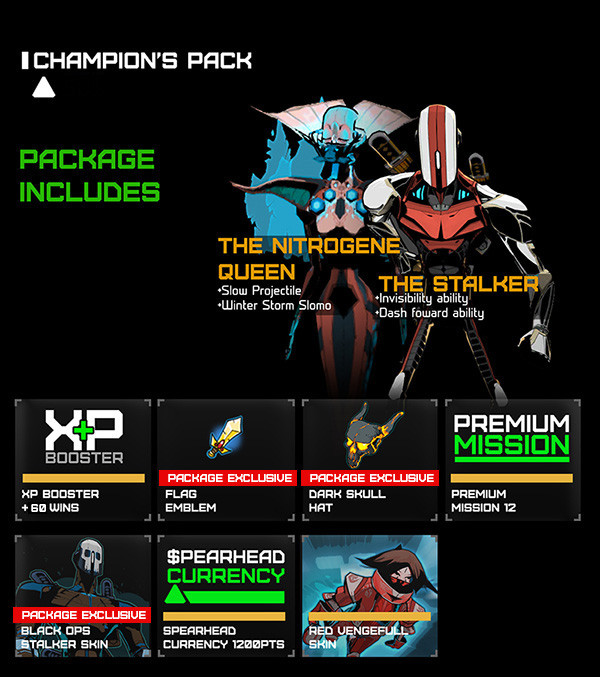 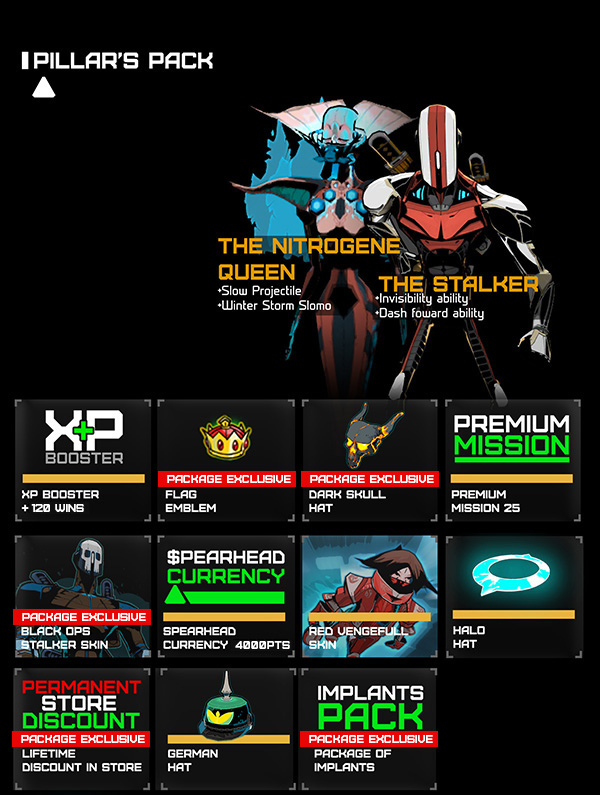 For more opportunities to support us, please visite our web page!