“Early access beta for Organic Panic is now finished. We plan to release the full game early next year.

We learned many things during this time, and got tons of great feedback and bugs to help make Organic Panic better - Thanks guys for all your feedback and help.

We'll keep you all posted in the announcements.

Early access is a perfect fit for Organic Panic for a number of reasons.

Firstly we'll get and implement your feedback on the single player Adventure and Local Multiplayer modes so we can really make this a beautiful game.

Secondly, we can work together with the editor tools to make sure that building levels is as intuitive as possible. Our players and builders will be contributors for making much of the content that players will see when they first start playing user levels. Everything is destructible and the fluids are fully interactive (and mental) so go build your mad levels, then share them - no doubt driving players insane trying to solve them, get them rated and climb the Leaderboards.

Finally we get the feedback we need to make Organic Panic a smooth and bug free ride, the community will have a powerful voice in helping fix and shape Organic Panic.”

“Longer than we expected. 2 years.”

“The full version will have lots of visual polish, plus here's what we're dropping in over the next few months...

“The game has been in development a good old while and is already highly polished, we've been working with the Steam Community to get it compatible on all systems and we're getting close now. Most people are up and running and having a great ride, many have said it already feels very finished.

We are making regular updates and we'll be there in the forum to answer your questions and respond to all your feedback.”

“We are working hard fixing bugs and crashes, via community feedback - making the build cleaner, on a daily basis.
We are also listening to the feedback and suggestions and will implement many of these - especially ones that make the game smoother and easier to navigate and control.
For bigger feature requests we are keeping many of these on a database for possible future DLC.

MOST IMPORTANTLY WE'RE WORKING WITH THE COMMUNITY TO BUILD NEW LEVELS WHICH EVERYONE'S GOING TO BE ABLE TO PLAY THE DAY IT'S RELEASED!”

“...more than just another platformer; it’s inventive, amusing and a joy to play.”
80 – GameSpew

“you’ll be hooked for hours, with no two levels feeling the same”
80 – GodIsAGeek 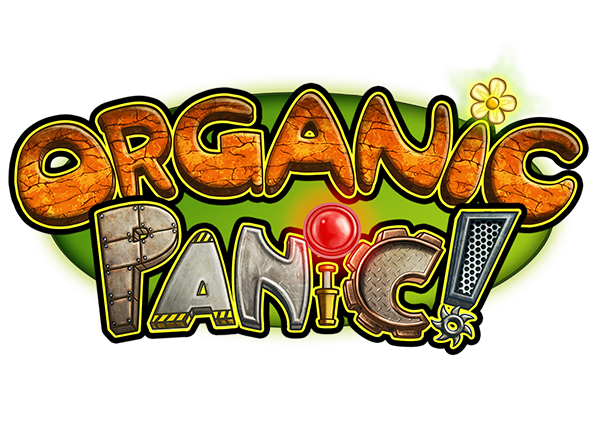 
It's is a wild grown, char grilled, bash 'em up, physics action puzzler! 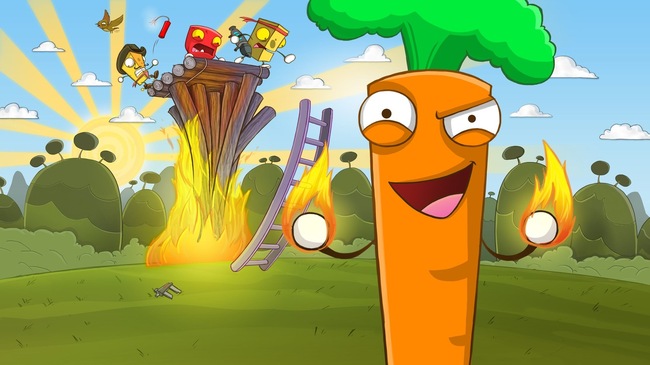 Play 1 to 4 magically enhanced organism's and battle your way through a barrage of crazy full flavored levels - each is totally destructible (real world materials) and features completely reactive liquids.
Lava burns wooden homes down, melts cheddar chunks, and fries food fast. Ice shards crash to the ground, crushing everyone, melts (on contact with the lava) into water, water puts out fire, cools lava, and bad guys drown in water - The cycle of life continues...or not!
Organic Panic is a BIG Game The single player adventure mode propels you through over 130 mind twisting levels, across 12 beautiful hand painted and animating background environments, via 4 game modes all driven by a colorful comic story.
Play local Co-op and Versus with friends - It's time draining addictive fun, where you have to work together to solve maddening puzzles. 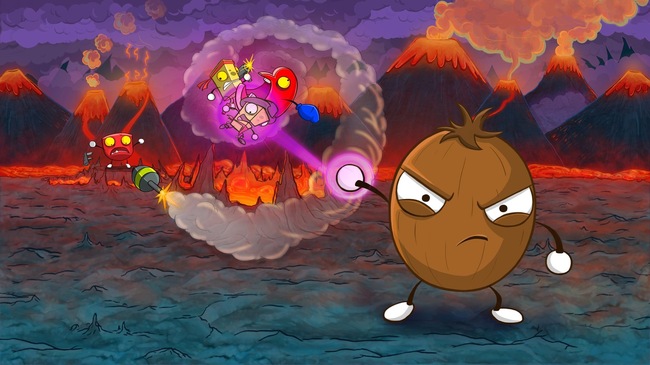 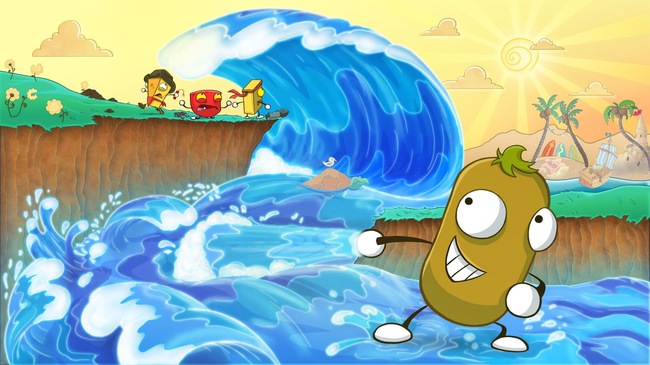 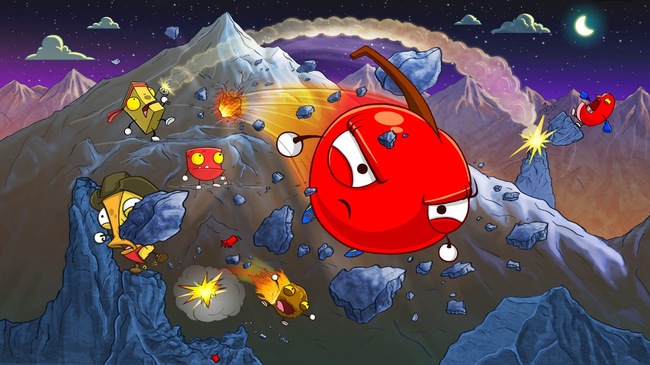 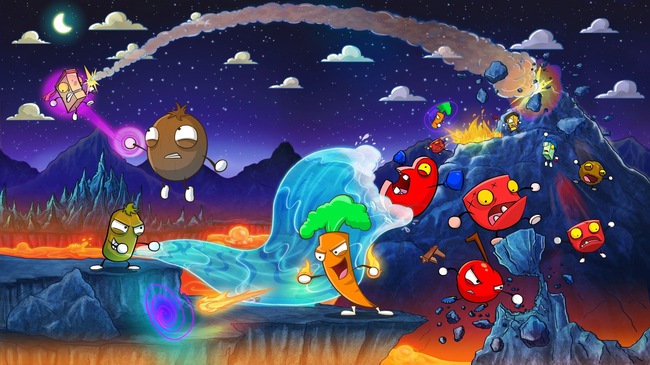 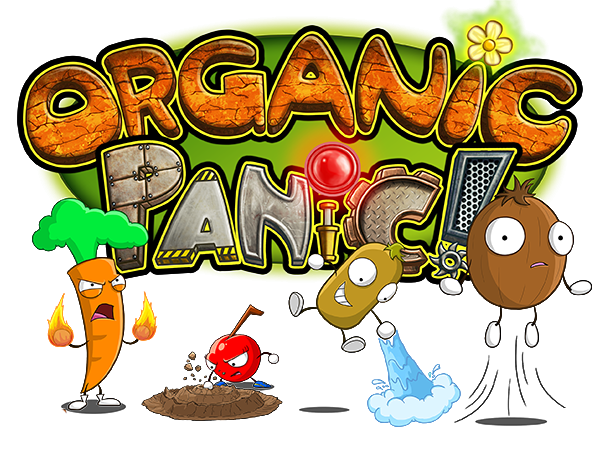