Pilot legendary aircraft of the early years of aviation, French Spad 13, German Albatros D.Va and Russian built Nieuport 17, in the free-to-play Rise of Flight United! This WWI aviation sim that has something for every flight-sim fan, from single player skirmish and career to multiplayer dogfights, but one thing is for certain, the...
Recent Reviews:
Mixed (28) - 46% of the 28 user reviews in the last 30 days are positive.
All Reviews:
Mixed (1,682) - 53% of the 1,682 user reviews for this game are positive.
Release Date:
Developer:
777 Studios
Publisher:
1C-777
Popular user-defined tags for this product:
Simulation Flight World War I Free to Play Multiplayer Historical Singleplayer Action Realistic War World War II Shooter Co-op Massively Multiplayer
+ 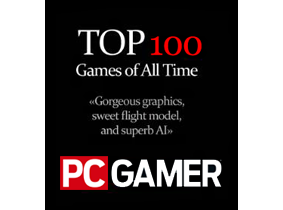 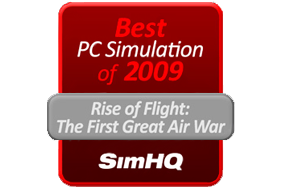 The free-to-play Rise of Flight United is just the beginning of your adventure. There are 35 additional flyable aircraft available for purchase along with additional content from the Steam store in the form of content packs. These packs include not only airplanes and additional theaters of war, but other helpful items such as Field Modifications and Weapon Modifications for your aircraft which can help you be a more effective combat pilot. The Rise of Flight universe continues to expand with new flyable aircraft and game updates added on a regular basis. The sky knows no limit.