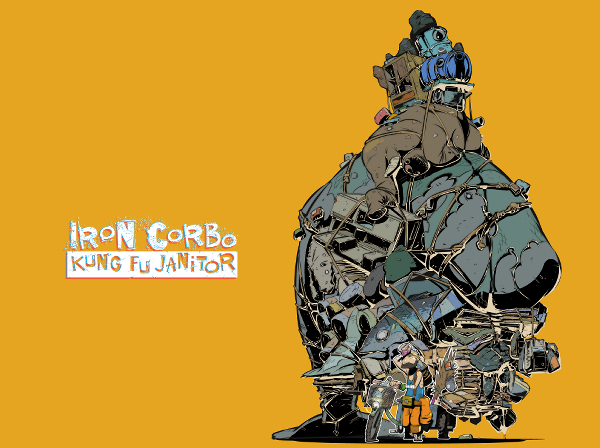 Iron Corbo is a cheeky, action adventure. Customize your own kung fu combos alongside flamboyant finishers. Sweep, sanitize and smash your way through this comical, nonlinear, post-civilization romp. Be the broom.

Join Corbo, who's a bit past his prime and in dire straits, as he goes about his day clearing the streets of rubbish. Unravel the mystery as to why the robots are being so naughty in this quaint tale.

㊋ Kung Fu Janitor combos: Enjoy a deeply layered combat system that allows you to create your own combination of attacks. The more risks you take, the higher the rewards. Be creative and don't get cocky or it'll be Corbo's face kissing the pavement.

㊋ Combat relics: With over 50 unique abilities, choose your favorites to suit a particular playstyle.

㊋ Secrets: Hidden paths can lead to unforeseen discoveries or to some glorious rubbish.