Steam is learning about this software

“RPG Architect has been in development for almost two years, but can already produce a number of simple, playable games. We have been on the Patreon platform for almost half a year (and in private testing for a year and a half) with a number of people asking for a true "release" on a larger platform. Steam Early Access offers us a better way of distributing RPG Architect to a larger group of people.

RPG Architect's goal is to make a game development environment, inspired by the community. As such, we want the wider community to help shape how RPG Architect gets to its full Release version, as well as beyond!”

“Based on our current roadmap and progress, RPG Architect is aiming to be in Early Access for one year. The goal is to solidify, harden, and expand all of our existing features, as well as add a few others.

Ultimately, it's going to be done when user feedback indicates that it is feature complete and worth the full price tag.”

“The full Release version will offer more resources built-in (resources will be added between Early Access and actual Release), as well as more templates and systems to import/export. More scripting options will be open, as well as more scripting commands. We intend to support 3D models in the GLTF standard, as it is possible. More user interface, animation, action sequence, and other elements will be included as well.

We would like to make a 3D map editor as well, if it is feasible.

The full Release version is also aiming to support Linux and MacOS. It is written in cross-platform code, which just needs to be packaged/tested correctly.”

“RPG Architect already can make several small games successfully. The engine already supports user interfaces (menus, overlays/HUDs, messages), maps, and battles. Maps can render in 2D or 3D with a simple toggle, battles can display in a special scene-space or on a map, active or turn-based. The engine supports 2D right now and can project 2D scenes into 3D.”

“Yes. The full Release version will cost roughly twice what we are asking for the Early Access version.”

“Heavily. We have already worked with our Discord and general community to add features, expand support, and tinker things to fit "just right." To reiterate an earlier point: the goal for RPG Architect is to be inspired by the community and continually evolve, even after official release. This will be an excellent preview for those wanting to get in early.”

This application will unlock in approximately 6 weeks

Ready to build your next great adventure?

RPG Architect is a next-generation game maker with all of the limitations removed. It is designed to be simple enough for a newcomer and advanced enough for a veteran of game making engines. Take your vision and rapidly build it into something playable!

One of the guiding principles of RPG Architect is to remove arbitrary limitations and templates that are generally imposed by other game maker engines. You have control of literally everything: user interface design, unlimited layers in maps, 2D or 3D visualization, pixel or tile movement, battle system, controls/inputs, statistics, and so much more. With the freedom to stack multiple layers, decorative doodads, lighting and shaped terrain, you are in control of each step of the design process.

Converting a map from 2D to 3D is as simple as drawing a "height" on top of a tile. Our powerful map editor lets you visualize your scene from a birds eye view, as with most traditional RPGs, and transforms it in game. Set shapes on tiles to adjust how they render and react in 2D and 3D. The editor supports effectively infinite layers. Build your world from the ground up using the Layers panel, optionally onion-skin the layers to focus on a few at a time or hide layers you don’t need to see in the moment.

Built by makers for makers.

Our core team has been playing with various makers for over two decades. We want to help address many of the concerns we've had, as well as members of the community. There's no reason that it shouldn't be simple to configure and adjust everything in an engine. Our goal is to work with the community and grow RPG Architect to fit the needs of all of the talented and creative visionaries out there. With a robust User Interface designer, create your own message boxes, menus, screen overlays, battle menus and build templates that you can use throughout your game! For party characters, customize their look by using the built-in sprite layering system. Build and change character appearances. The sprite system supports 8-directional movement and can customize both the number of frames in a cycle and the time between separated frames.

Unconfined to a genre.

Despite the fact that "RPG" is in our name, you can build more than RPGs -- RPG Architect is powerful enough to build action/adventure games, platformers, shooters, and more! 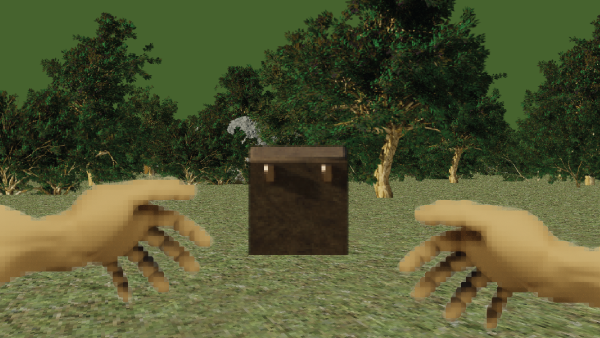 Several different display modes and movement options are included -- 2D,3D, Orthographic or First Person, alongside grid or pixel-based movement schemes -- giving you several options to build the look and feel that you want. Many different genres are possible with RPG Architect, and the only real limit is your imagination.

Remember how we're makers too? We're leveraging our connections to build a diverse amount of resources. In addition, many of the resources from your other engines are already compatible! So, take what you already have and use it again.