Developer: KoiJam
Publisher: N/A
Release Date: when it's ready (if ever)

Planned Release Date: when it's ready (if ever)

Note: To compile Arduino scripts, you will need to download and select the Arduino CLI exe file location in the settings menu.

Shortcuit is an educational sandbox game to learn electronics and Arduino programming (C++). The game simulates electronics and the Arduino microcontroller which allow you to create your own projects virtually. 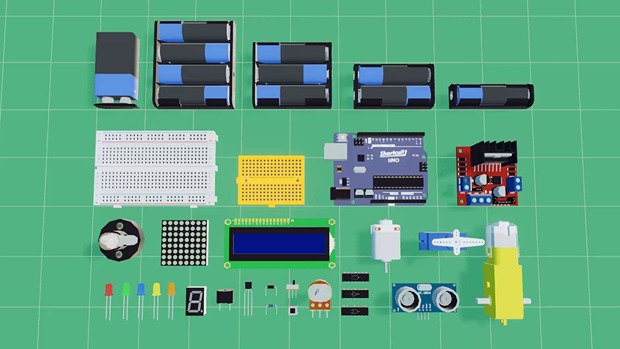 Read simulated electrical values (current, voltage, power, ...), and change component specific values (eg. resistor value). A warning sign appears when there’s something wrong with your circuit. You can hover over the warning sign to get a bit more information. 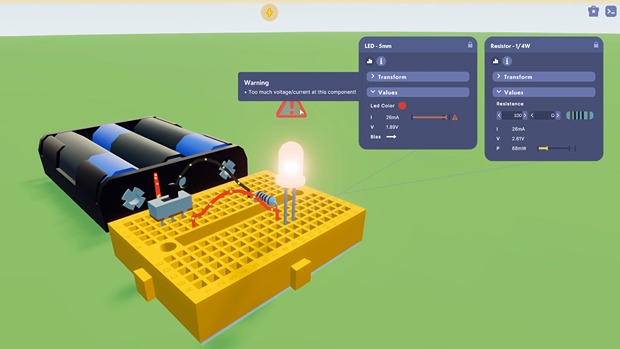 Program your own scripts in C++ with the in-game Code Editor. It has basic autocompletion, an output window for code compilation/errors and a Serial Monitor for debugging.

The code editor uses the existing Arduino CLI software to compile sketches. You can download this software from the official Arduino website. 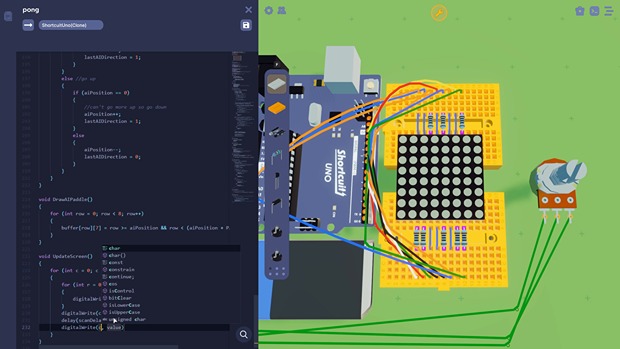 Electronics components alone are often not enough for the projects you may want to build. For a lot of projects we need a frame, a housing or just something to interact with. That’s why we’ve added some primitive shapes which can be resized and combined to fit your projects.

The electronics simulation is based on nodal analysis which allows for realistic electric values and behavior. Our Shortcuit Uno emulates the Arduino AVR architecture allowing it to run real compiled Arduino code.

Some of the videos have been sped up as the simulation speed can be a bit slower at times and is also quite dependent on the performance of your PC.