Grab a partner and decide who's who*

Drives and avoids obstacles and attacks

Aims and shoots at enemies

* Or go solo in the single-player mode 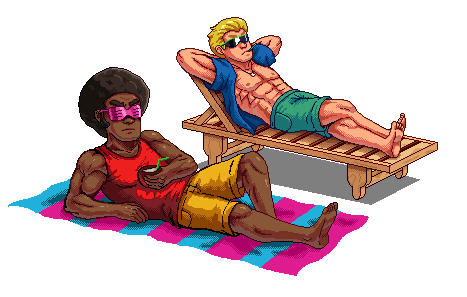 Work together and combine skills to stop crime and keep The City safe!

Each of the 12 missions features:

Jet & Sky are two old friends from high school who spend their lives protecting The City from crime and bad guys who threat to disturb the safety. For this, they are equipped with Sarah3000, the last technology in A.I. for jet-skis.

After an encounter with their old nemesis Prof. Greed, Jet and Sky make a horrible discovery. Dr.Jenkins, a crazy scientist who hates everyone because… because he’s evil! is building an army of cyborg animals and is planning to invade The City!

Jet and Sky are the only ones able to stop him, but they didn’t expect him to have a trap that would send them to another planet...

Will you be able to return to Earth before it’s too late?