Start to the hunting Nightmare

Nightmares keep invading.
The only way to stop them is to hold on until dawn!!

Feature
3 types of enemies
Chaser: They look like eyeballs, but if you touch them, they will chew you up.

Witness: They seem to be in place, but they come closer to you little by little.

Blind: For some reason, they're sealed, but they fire stingers in response to your gunfire.

Map
Space between reality and dream. You have to hold out until morning there. (99 seconds) 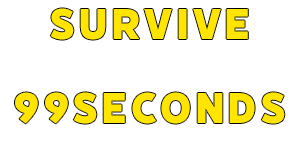