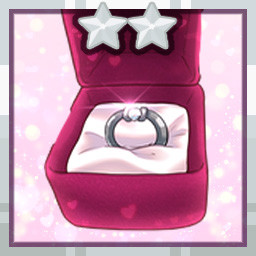 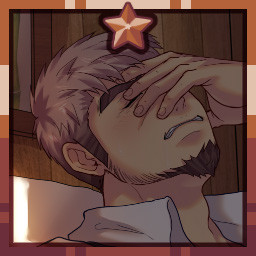 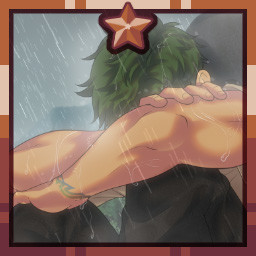 Additionally, the game features alcohol use by the adult characters, as well as some allusions to suicide and drug abuse.

Viewers who are not comfortable with any of these categories should avoid playing this game. 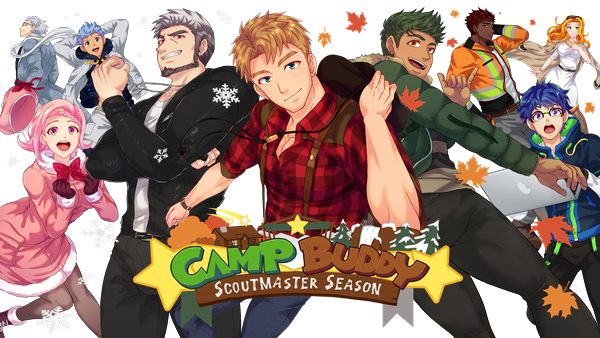 Camp Buddy: Scoutmaster Season is a Gay Adult / Yaoi Visual Novel that features the adventures of Scoutmaster Yoshinori Nagira during the off-season at the scout-themed summer adventure camp, 'Camp Buddy.'

Yoshinori and his fellow scoutmasters undergo an exciting expansion project, reconnect with old acquaintances, and finds romance with Aiden Flynn, the camp’s happy-go-lucky lead chef, or Goro Nomoru, the stern but caring camp president. He also revisits memories of his past, bringing to light a whole different era of Camp Buddy!

Help Yoshinori with his decisions and create a special bond with your chosen partner. Forever it’s our Buddy Oath!

With two divergent character routes and multiple potential endings, you are in charge of the story! All of the choices you make will affect how Yoshinori's adventure unfolds!

Over 50+ Hours of Gameplay!

Each character route has an average of 20 full hours of gameplay, and that's only for achieveing one kind of ending! Unlock all the endings to get the most out of the game!

Get engaged with over 75+ unlockable scene images in the gallery for your viewing pleasure, not to mention over 100+ portrait images and background arts! 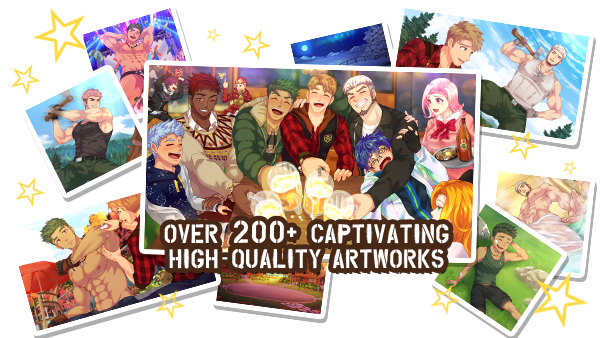 The game also features 30+ original compositions and fully-voiced cutscenes by various talented actors to help the player feel more connected with the characters and story!

Additionally, the game includes 11 animated sex scenes, and will include more updated in patches throughout the year! See your favorite characters come to life in these intimate moments!

The second is a spicy foreplay minigame to get you and your partner into the mood before getting down to business!

Finally, once you've finished the game, unlock the secret room where you can dress up the characters, view bonus images, unlock crack-pairings, listen to in-game music, and more! Hint: Those tents look awful roomy! 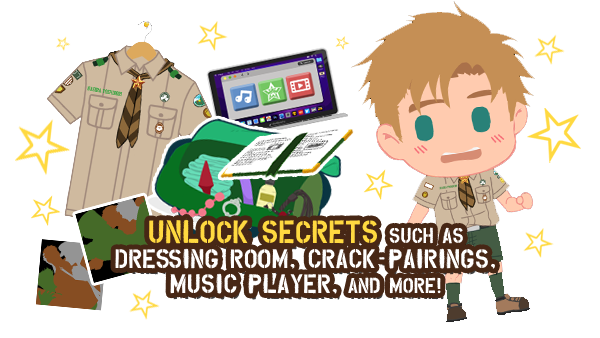