You have just been exiled to Nebegarde, the cold and dark side of the Goldilock One planet, with a hazed memory in a place full of doomed criminals, your main concern is to survive.

Facing the Badborn people harsh reality, you must fight your way through it, become stronger, and try to find out what really happened to you, was it fair? Or there is something foul in the entire system?

You are going to find an unfair and complex system and maybe find out why this remote place is so important for the rest of the planet in many different ways.

Who exactly are you? What have you done to be sent to a criminal exile? Can you go back home? This are some of the answers that your journey may reveal...

Goldilock One is a third person Open World action RPG, that uses a mix of hack'n slash and strategy combat, co-op puzzles and sandbox elements.

The progress will be mostly based on having fun with the hack and slash combat, to grind, explore and get stronger, but it will also have strategic combats, with dashes of suspense, where the player must correctly manage his skills and resources.

With a stunning party system you can change between party members during combat to use every characters advantages or also to solve some environment puzzles using the party members unique skills.

The graphics mixes a realistic character and environment design with a stylized art design that brings something from the comic books universe using celshade and outlines and also remind the game novels feeling in the dialog system.

Character progression mechanics are similar to some other RPG’s, such as: base attributes, skill tree, inventory, item collecting and equipping, quest system, etc.
The level design is net based, player actions will affect the levels background parameters, which will make all the level respond to the actions, using NPC’s behavior and also the environment characteristics. Each action will have a different result, giving the player many different ways to go from point “A” to point “B”. So two friends playing the same game may finish it and feel like they had different experiences when they talk to each other about the game details.

The Level design carry a dilemma system that make possible to have many different experiences and results in the same world associated to all choices we have inside the game. The dilemma system will use events as triggers for changing parameters associated to every single thing in the game that we choose to be affected by that and how will it be affected. By events we can have many things working as action trigger, but the main ones are going to be de Missions/Quests and the Puzzles. Many quests will not only have one way to be finished, it may have a tree of possibilities and each possibility will affect different things in different ways. 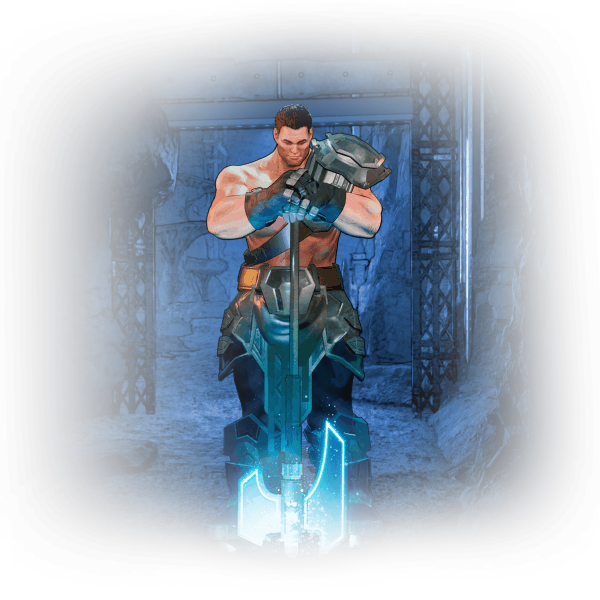 Gameplay consists of combat scenes with characters using weapons to slash or shoot enemies. Strong Language is used in the dialogue.