Escape from Deathmark Dungeon
Developer
Matt Lloyd
Publisher
Matt Lloyd
Will you escape Deathmark Dungeon?Or will you remain trapped within like all those who went before you?Fight your way through seven levels of dark dungeons, bashing and smashing all the enemies who stand before you.Take up sword and spell to slice and zap your enemies.
All Reviews:
1 user reviews - Need more user reviews to generate a score
Release Date:
Developer:
Matt Lloyd
Publisher:
Matt Lloyd
Tags
Popular user-defined tags for this product:
Action Roguelike Action RPG Dungeon Crawler Isometric Fantasy 2D Arcade Hack and Slash Roguelite Indie Singleplayer Roguelike
+
Reviews
All Reviews:
1 user reviews () All Time 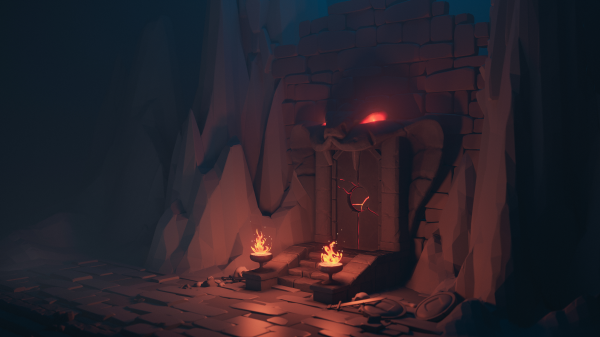 You were travelling through the wilderness on return from an adventure when in the middle of the night you were kidnapped by monsters, taken to their dungeon and imprisoned. However, using your ingenuity you managed to escape - this is the tale of your escape from that dungeon.

Escape from Deathmark Dungeon is a fast paced action semi-roguelike fought over seven dungeon worlds with one of two characters. It is played from an isometric viewpoint as your character bashes and crashes their way through the stony dungeons.

Full c# Source code is included for those who find such interesting to play around with.