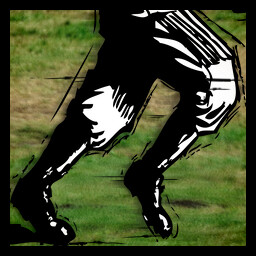 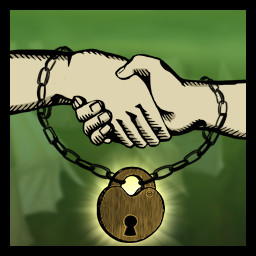 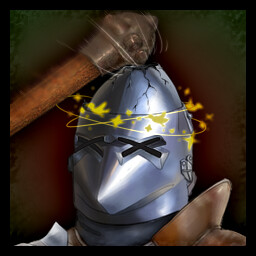 Heads Will Roll: Downfall is a combination of a tactical role-playing game and visual novel, in which you will assume the role of a medieval soldier. One of the thousands of faceless foot soldiers the English king sent to put down a rebellion in Scotland.
As an accidental participant in this war, the protagonist and the player will have to confront a variety of dangerous situations, meet good friends and deadly opponents, as well as make many difficult decisions along the way.

The combat system in Downfall is a reworked and improved version of Heads Will Roll. Turn-based tactical battles will challenge the player to carefully consider each action he takes. Physical attributes, weapon skills, fatigue, wounds, injuries, armor coverage, weapon type and length - each of these factors contributes to the outcome of any battle to one degree or another, giving any battle a greater tactical depth.

The story revolves around a young soldier who gets into war in an attempt to hide from justice for a crime that he did not commit. He has a deadly adventure in store for him and a chance to wash away the dirt off his reputation with blood so as to return home no longer a fugitive but a hero... Or remain missing on endless battlefields.

Who said there is no romance in war? You will have to choose between feelings and duty more than once while fighting not only for gold and but also for a beautiful girl who is determined to win your heart.

The loot found on the battlefield can be used to craft new items, such as poisons, medicines, pieces of equipment, and different kinds of crossbow bolts.

Dozens of authentic medieval weapons including swords, spears, axes, throwing daggers, and crossbows. All of them have distinct characteristics, attacks, and principles of work, based on certain characteristics of each character. There are strengths and weaknesses to each weapon that needs to be considered in order to win the battle.

Every action the player takes will affect his reputation with his brothers-in-arms and key characters. Get the respect of your comrades and they will help you more than once. Make a mess of your relationship with them and you'll be alone in the middle of an army.