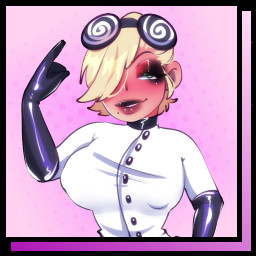 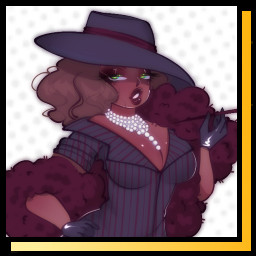 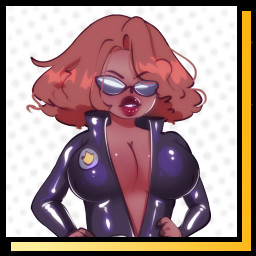 The plot revolves around a version of hypnosis called 'bimbosis' that transforms the playable characters and many of the other characters into sex hungry bimbos against their will.

Battle scenes contain 'perils' that reflect visual changes to the two heroines that involve them being forced into bondage, covered in slime, sealed in latex and even fucked.

Losing a battle and winning the game result in 'bad end' CGs that have a story that describes what happens to them sexually in a dubious consensual context. 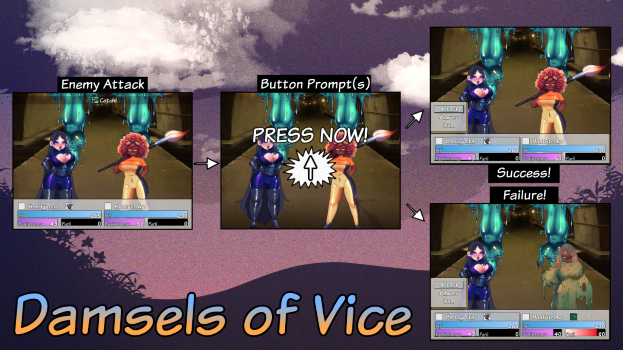 Take turn-based combat to the next level with special Action Sequences! These are special button prompts that accommodate most enemy attacks. Press the correct arrow key fast enough to lessen or avoid incoming attacks and mischievous extra effects. Be warned, however, because true villains cheat! Some enemy skills will punish you for succeeding and reward you for failing.

Power Up! Your heroines level the way YOU want them to with the dynamic skill system. Use extra Lewda earned from combat and treasure chests to give Bondgetta and Heatstroke access to new skills, powerful passives and extra stat points throughout their journey! With all of the tricky villains and hidden traps, they will need all of the help they can get.