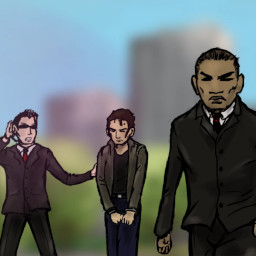 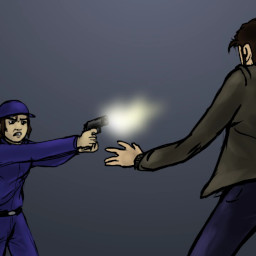 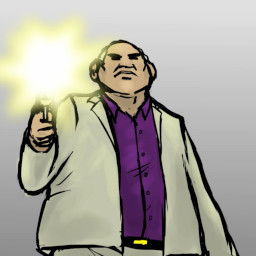 A Street Story is an interactive gangster story located nowadays in the suburbs from Paris, France.

It's a story full of tension, treasons, murders, romance and total moral ambiguity.

Discover a realistic and exotic background : the parisian suburbs where gangsters, cops and terrorists mix together for a troubled atmosphere.

You'll play Mohamed a young thug who works for Abdel a dangerous arms-dealer. When a terrorist appears determined to buy weapons from you, the tension within the gang will go up a notch. Let's not forget Karima, Abdel's daughter and your former girlfriend, a policewoman determined to send you all to jail...

Choose your own path among those shady characters and try to survive.

Explore a rich and complex dialog tree allowing you to create subtle relationships with the NPCs and leading to more than fifty different endings.

The short but intense 40 minutes playing time for each run and the chapter selection system allowing you to go back freely in the story will offer you to uncover different subplots very fast and easily.

Characters non abiding by the law.
Love out of marriage.
Murders.
Terrorism.
Partial nudity.
Main character allowed to be part of a terrorist action.