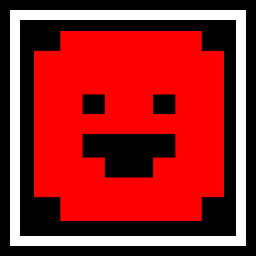 Awards
Awards
This game was ranked 2009's most popular Xbox Live Indie Game and sold over 300,000 copies within a year. It instantly became a favorite with critics, and was noted for its quirky sense of humor and theme song. IGN ranked it the best independent game of 2009 with Erik Brudvig stating the game was extremely entertaining and "somehow about as insane as its title".
I Made a Game with Zombies in It! also won the 2009 Inside Gaming Award for Best Indie Game.

After over a decade of top-secret research, an international cabal of neuroscientists, systems engineers, and Chaucer scholars is pleased to announce the re-release of I MAED A GAM3 W1TH Z0MB1ES 1N IT!!!1 .This release represents the culmination of 12 years of focused interdisciplinary investigation and improv cults, and its groundbreaking achievements in design, philosophy, and metaphysics are poised to disrupt, enthrall, and terrify.

This top down twin-stick shooter will bring you tremendous amounts of fun. The best selling Xbox Live Indie Game of 2009, I Made A Game With Zombies In It!!! has been revamped with a whole new engine! The game now supports keyboard and mouse, has a flashing lights reduction mode, and will soon even have ONLINE MULTIPLAYER!! Despite being free, we will be adding a few new features and bugfixes over time to improve the game even further. Despite only taking 10 minutes of your time, we know this is a game we just know you will play again and again! There’s a reason why Youtube videos of this game have comments sections filled to the brim with requests for a Steam port.
So what are you waiting for?!
LET’S KILL SOME ZOMBIES!!!1!

Warning, this game features blood and gore in the form of zombie slaying.