This content requires the base game Alpha Hole Prison - A Yaoi, Gay, Bara Visual Novel on Steam in order to play.

This content requires the base game Alpha Hole Prison - A Yaoi, Gay, Bara Visual Novel on Steam in order to play.

$10.99
Add to Cart
Bundle "Alpha Hole Prison Bundle 1" containing 5 items has been excluded based on your preferences
View Community Hub

While these things are present in the dlc in some instances, the majority of the dlc does not focus on objectional content.

Viz-Goth and Reaver have unfinished business. When Miguel is released, leaving his lover Viz-Goth behind, he asks Reaver to watch over him. Reaver wants nothing to do with his former tormenter, but if it wasn't for Miguel, Viz-Goth still wouldn't have a conscience. Reaver grudgingly agrees.

After the decades of torture Viz-Goth inflicted on Reaver, he has no right to ask for forgiveness. The love Viz-Goth feels for Reaver torments him, especially since he knows it will never be returned. 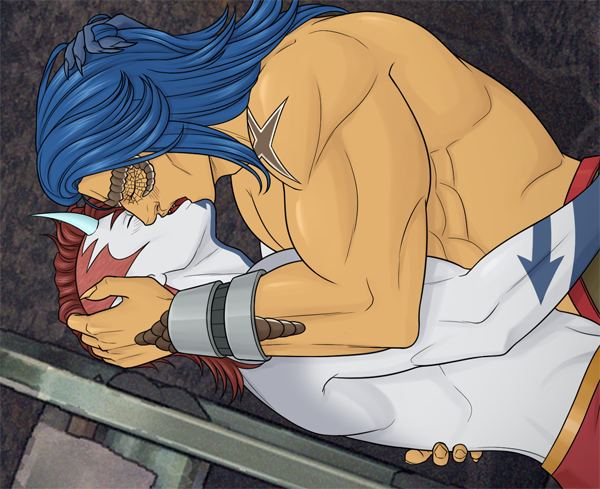 This DLC wraps up the unfinished business between Viz-Goth and Reaver after Miguel's release in the Viz-Goth route of the main game. Can Viz-Goth and Reaver ever reconcile? What would it take for forgiveness and even love to develop between them? Or, perhaps Viz-Goth is better off staying with the friend whom he never hurt: Xenoskar.

Press 'v' on your keyboard to have all text read aloud. Press 'h' to turn off the dialogue box temporarily.