“The Blade and Ham is complete only in story mode. I chose to launch the game in early access to finish multiplayer mode, adjust the game mechanics features and content by collecting feedback from community.”

“I want the full version to reflect what people expect from a classic fantasy 2.5D beat'em up! I have plans to create classic 2-4 players co-op mode. Also find other potential good features and ideas to the game with players community help.”

“The current Early Access version of Blade and Ham contain 6 characters with different stats, movements and special attacks. Global map to explore 10 levels of gameplay through a narrative story.”

“The Steam Community HUB is a main platform to involve the Community in my development process. Then I have social media networks for news and annoncements and plans to create a Discord server for more greater collaboration.”
Read more

Blade and Ham is a classic 2.5D beat'em up set in a fantasy world.

After ages of epic battles, blood and violence, wars and wonders... Heroes built a cozy tavern, for quiet life in ale and beer. But once, some one killed their dog...

A magic creatures who helps you with healing, magic and even force.

Explore the world and track down the bastard! 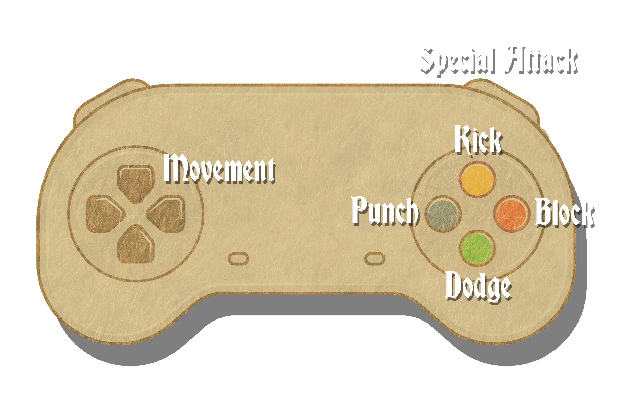 * On the keyboard use WASD for movement and numpad for actions.