Finley's - The Colour of Radiation 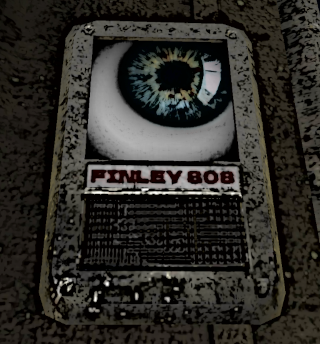 “Is this thing on? Testing, testing.”

“My sensors really need a clean!”

Pit your wits against the maniacal artificial intelligence Finley in this reimagining of the unknown and very secret 1960’s human perception tests carried out in top secret hidden bunker laboratories.

“Did you know there’s a Prize to be found deep in the Laboratory at the end of this test?”

As the test subject, the deeper you go into the facility, the harder the puzzles become to most.

“Thanks to a lucky find near Roswell, New Mexico we have built this facility to experiment on some new forms of matter”

The objective of each test is simple. Drag and drop the available laser manipulation devices to split, redirect and absorb the laser death ray and eliminate the alien blob like waste product artefacts. 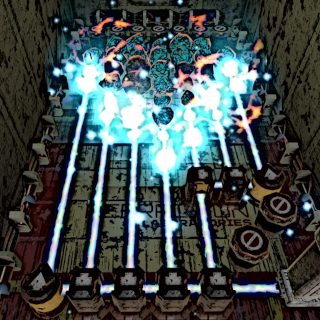 “The death ray… I mean focused radiation beam… is quite powerful. Should it touch the sides I will have no choice but to activate sterilisation protocols!”

It is possible for the light beam to touch the sides of the test laboratory. If you do, it will activate a countdown (limiting the time you have to pass the test). Should the countdown reach zero (all containment suppression fuses in the lab are blown), you will fail the test. 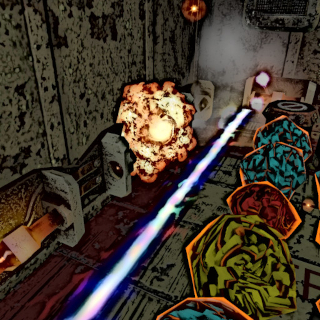 “Oh I do hope you aren’t one of the mediocre ones. You know your colours right? Oh I do hope so, whilst this alien waste product is messy, recycling substandard humans is really messy!”

The alien artefacts have a distinct hue. Red, Green, Blue, Cyan, Magenta, Yellow and White. The white light of the laser will neutralise any of these. However you can split the white light (and combine of course) into these colours to remove corresponding Alien waste products. 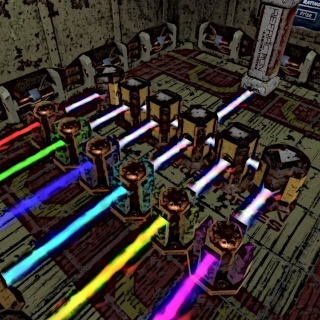 “I’m always amazed just how many supposedly bright humans don’t understand how primary colours are mixed to make other colours. As a species you boast about the likes of Newton and Einstein, but really. The number of test subjects I see that didn’t know Red and Green makes Yellow, Red and Blue makes Magenta and, get this, Blue and Green makes Cyan. I mean please, over 80 billion neurons and not one helping… I will understand this species one day”.

A report card is produced for each test level completed. The grading is typical of the 1960’s where a “F” is an out and out fail through to an A (a top pass). Finley will award three star ticks for the best “A” class students! You are welcome to retake a level test again and again to improve your rating and score.

You can increase your score (and report card attainment of course) by completing levels quickly, matching laser beam colour to Alien blob and minimising the number of device moves.

“Oh dear, that was a failure. Where will I get the next test subject from?”

Do share your report with friends. Perhaps they will be better or worse than you when they face Finley’s Colour of Radiation challenge? Either way, it’s a game that will improve your cognitive and problem solving skills - Those secret 1960’s experiments have to have proved something right?

Still not sure if you want to give this game a go? Well, we can offer you hearsay and hyperbole regarding the experience of this game. Here are some of the totally fictitious characters that helped develop it… 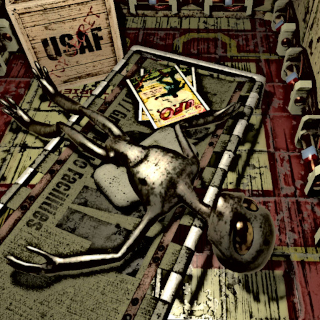 “Man. This game is far out. The colours dude, they like blend you know.” (Comic reader guy, Long Beach, CA)

“My uncle did a lot of deep water filming in the 1960’s, but this game takes you deeper.” (Jake Coostoe, Monaco )

“One doesn’t simply play the game, one becomes the game, doesn’t one?” (MP, London)

“You know… When I was stuck in the game, I did manage to get by with a little help from my friends.” (Musician, Liverpool)

We hope you enjoy this game!