Be a leader of one of the greatest civilizations in the world. Bring glory to Rome, in our upcoming title, Imperium BCE.
Would you expand Rome's borders through war? Or would you destabilize and divide kingdoms using spies? In Imperium BCE, you can use many different strategies, to bring about the inevitable Roman dominion.
Surrounded by different kingdoms and cultures, you will need to maintain balance and spread your influence slowly, so as not to alarm your neighbors. Your spies will have to work in secret, act on your orders, to strengthen your culture and religion, making your enemies weaker. Your diplomats might work on improving relations with other kingdoms or might provide you with valid justification for war.

Being in control of a sprawling empire comes at a cost. Unexpected things happen. Events take place which are outside of the control of even the most powerful people. In Imperium BCE, there are events that can hold you back or propel you forward.
An unforeseen rain might ruin the crops. This can lead to food shortages, citizen dissatisfaction, anger with the Gods for letting it happen, or maybe anger with you, for not doing enough for your people. Will you find a way to appease them?
Will you follow the advice of your priests, and have rituals conducted, to celebrate your Gods, at a great cost of the coin, in order to make your citizens happy?
Your choices could have dire consequences. Thread carefully. 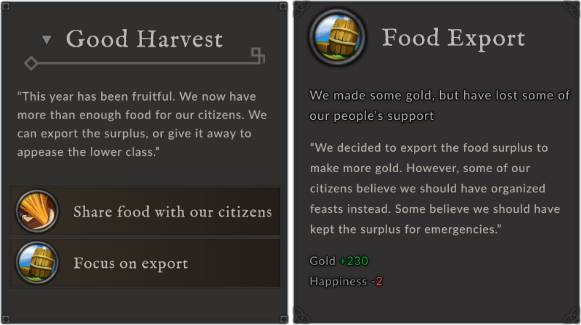 Weaken your enemies. Soften the battlefield. Some of your greatest assets in Imperium BCE will be your spies.
Well trained to operate in secret, your spies will sabotage, assassinate, and do whatever it takes to make Roman take-over easier. Give your spies time and resources, and they will steal essential supplies, spread your culture far and wide, and even disperse diseases, which can devastate entire populations.
Just hope that they never get caught... 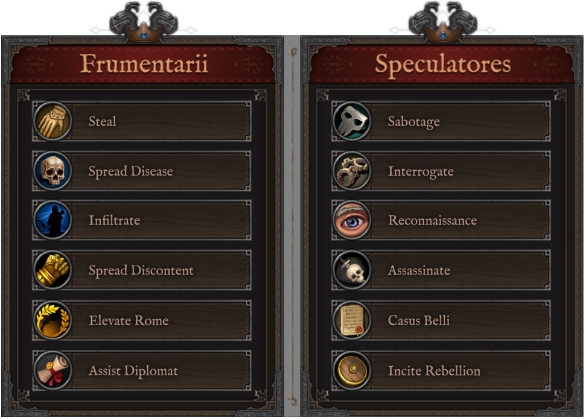 Train some of the mighties warriors that ever walked the Earth.
Bring your enemies to their knees with advanced battle strategies, reward your soldiers with land, besiege cities, and expand your territory. Attack when your enemies are vulnerable, be able to defend your citizens against anyone who dares to make a move against you. Fight sea battles and maintain control of the sea.
When the dust settles, Rome should have prevailed!

Win hearts and minds, improve relations, give gifts. Hide your true intentions.
Your diplomats will repair the damage in reputation, caused by your conquests. A good diplomat will make an agitated king feel at ease as if the Roman invasion is not just around the corner. When the time is right, they will provoke and insult, leading kings and their people, into your well-prepared trap.
Wars can be prevented or set in motion by a crafty diplomat. Use them well. 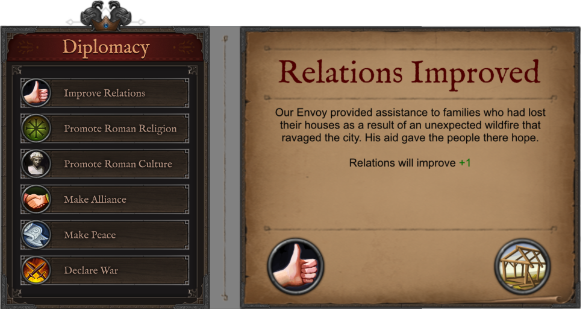 Provide your architects with the resources needed to build the unimaginable!
Develop your cities, turn villages into towns, have your citizens witness Rome growing beyond their wildest imagining. Build structures that will stand the test of time. Different buildings will provide you with different benefits but will take time to construct. Plan your expansion carefully.
Your enemies will be envious of your achievements! 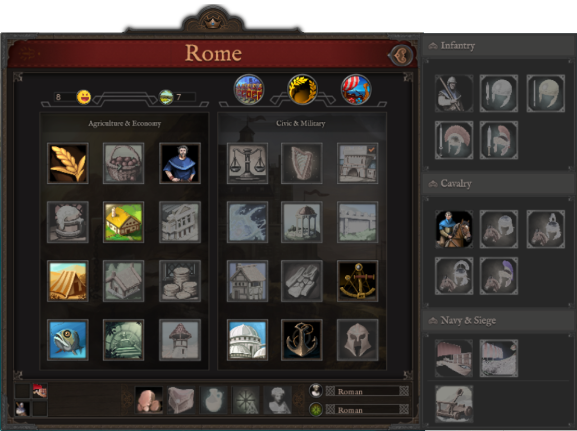 Encourage bright minds to work on inventions, for the benefit of all.
Either by stealing knowledge from other Civilizations, or by careful study, your researchers will help you strengthen Rome, and crush other Civilizations.
As some discoveries can take years to be put into use, you will have to choose carefully which discovery to pour limited resources into.
Have patience. Good things take time. 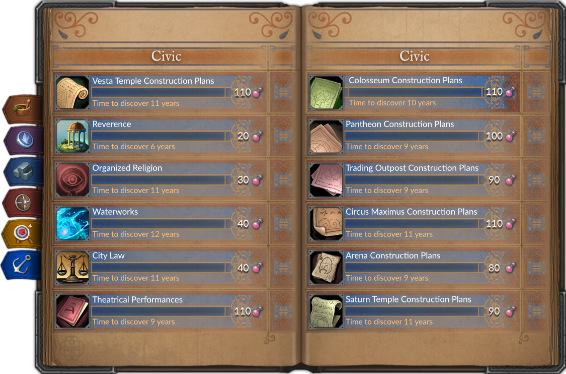 Legislation was of great importance to the Roman public.
Choose between different governing political systems, and enact laws that will help shape your society. Organize your people, bring about needed changes, make improvements for your citizens, and reap the benefits of well-structured communities with clear rules and responsibilities.
Watch Rome prosper before your eyes! 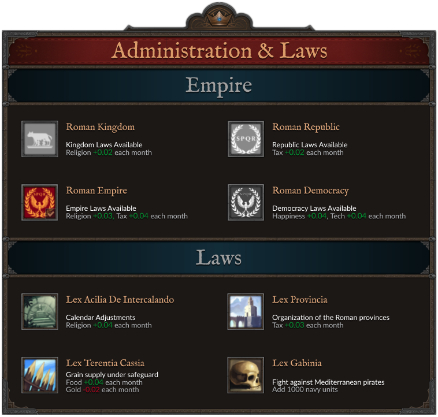 Please note that in-game weapons are visible, every fight starts with strong language and finishes with killing and blood splashing.