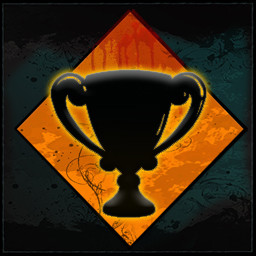 “I have found Early Access to be very beneficial in previous projects and would love to use it for this project also. Due to the large size of this project it helps to get feedback and listen to player's comments before launching officially. Spending a few months in EA prior to release will be extremely helpful to find out which features are enjoyable and to prevent issues on launch. Also looking for feedback about optimization and balance issues.”

“The current state of Earth's Shadow is a mostly complete game with various skills, multiple enemy types, dialog, voice acting and an ending.”

“There's a small chance it may increase a tiny amount on release.”

“Looking to hear from players to find out any un-optimized areas or bugs found. In addition, always looking for suggestions from the community that might make Earth's Shadow a more enjoyable experience.”
Read more

“extremely impressive for such a small outfit”
https://www.space.com/earths-shadow-video-game

Earth's Shadow is a third person action Sci-Fi dungeon crawler set in the year 3081 on planet Sumbra; a remote alien planet where legends of valuable relics surround this black world, calling to the greedy and brave explorers seeking a bright future... but end up uncovering an even darker past.

Working a dead-end job... Alexi-Ru, a cyborg CSP (cargo ship pilot), tends to fill the void-ness of his boring flight job by day-dreaming of the mysterious stories surrounding planet Sumbra, aka Earth's Shadow.

In the year 3081, the original Earth and it's galaxy has been dead for centuries, and although a few humans still exist, colonized in far away sectors... Earth's legacy is not forgotten with some even referring to Sumbra, as the shadow of Earth.

Intrigued by Earth's history, Alexi-Ru often finds himself flying millions of light-clicks off his normal cargo route just to speed by the mysterious planet, hoping to catch a glimpse of something on the alien surface via radar that might force him to slow down or possibly even stop.

Eventually Alexi-Ru's curiosity is justified when his ship encounters a malfunction one night, while passing by the tiny planet, forcing him to crash-land on the surface he dreamed of so often on previous flights.

Alexi-Ru remembers his attention right before the impending crash, focused on an un-jostled book, thrown from a compartment during the violent atmosphere re-entry, titled... "When Day-Dreams Turn To Nightmares"

"That doesn't mean anything," mumbles Alexi-Ru, trying to re-assure himself as he arms himself with a Tec-9000 semi-automatic and sets forth to explore... Earth's Shadow.

*Above example is in GIF compression format - not representative of actual game quality. 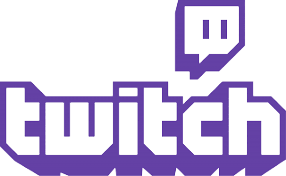 Here's what a few Twitch streamers, who played an early version of Earth's Shadow, are saying about the game...

"I had a blast playing this game!" - Struck TLF

"I really like it! I definitely think I am going to get it when it comes out." - Leezie Bee

"I had a good time... Excited for full release... Combat was really good." - Darkest Dame

"I think it's pretty DOPE! Love the dodge mechanic." - NerdsthePodcast

"Earth's Shadow is an exciting world filled with danger, and it gives the opportunity for hours of gameplay with higher difficulty settings." - Wyvern

"Earths shadow is a mix of exploration, well thought out leveling mechanics, and fluid gameplay that does a great job of kicking my butt - how could I not enjoy this?" - Ohno Creates

"This game is very cool... I find myself enjoying it quite a bit... Yes, very cool!" - WinterBound

"Been a load of fun! Love the mechanics... love the lighting... WOW! Time has flown by" - MachineOsaur

"I definitely want to play this again!" - Swedish Geekball

"Earth's Shadow is a dark, intriguing game, just on the right side of challenging which makes you want to keep pushing on though it. Really enjoyed playing it and will certainly be playing more." - Pike the Pike

"It was pretty fun... I enjoyed!" - FacelessPupper

"I'm having a lot of fun with this... I think this is something I would like to pick up!" - ShanelsGames

"I was surprised about how much I enjoyed playing Earth's Shadow. The Sci-Fi themed setting and the overall atmosphere were an immediate winner for me. It was a very fun experience for sure and I would definitely recommend it!" - ReadyToTina

"If you like shooty games... it's fun for a shooty game!" - Foximus Prime

"This is a fantastic game... A lot of fun!" - thecontentanalysts

"I very much enjoyed this... I had an absolute blast!" - GameShotz

"I really like it... the environments are really nice, the music is really nice... I like the random loot... really good, I like it... it looks good... It was a lot of fun!" - Bflattened

"I really liked it... I forgot what time it was. It's hard for me to get into a game, but I actually thoroughly enjoyed it." - DaniiManic

"A lot of Fun! ...all the looting is really fun! The controls are really responsive and easy to use." - Lyssatee

"I am enjoying this, deeply. I like this a lot. This is just a fun game. Other than the bombs blowing me up all the time, it's been a blast!" - LoveLaurenn_