All Games > RPG Games > Sword of Paladin RE
Community Hub

Sword of Paladin RE

Sword of Paladin RE
Developer
PALADIN WORKS
Publisher
PALADIN WORKS
Released
Jun 28, 2021
This is a royal road RPG in which a holy knight plays an active role to save the world. The battle is 2D turn-based with unique elements such as "formation" and "single combat", and the special moves are spectacular. And with auto-battle, encounters are a breeze!
All Reviews:
No user reviews
Release Date:
Developer:
PALADIN WORKS
Publisher:
PALADIN WORKS
Tags
Popular user-defined tags for this product:
RPG JRPG CRPG 2D Fantasy Romance Medieval Magic Controller Turn-Based Combat Story Rich Singleplayer RPGMaker
+
Reviews
All Reviews:
No user reviews 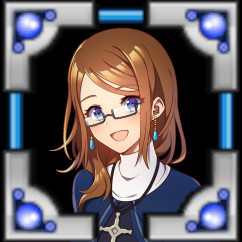 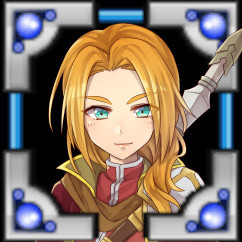 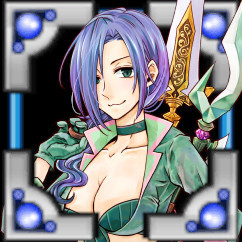 View
all 40
Title: Sword of Paladin RE
Genre: RPG

A complete remake of the free game "Sword of Paladin 1-3" with various elements and scenarios added!
This is a royal road RPG in which a holy knight plays an active role in order to save the world.

The ancient times.
The world was saved by the hero king of Asgars and his twelve heroes, the "Holy Knights (Paladins)".

The time has passed, and knight Nade, together with his best friend Alec, becomes a knight of the kingdom's Kingsguard and goes on a mission, but
However, they are caught up in a conspiracy that shakes the world.

.The following elements have been added to the old-fashioned "2D map" and "turn-based battle" system to enhance the adventure.


(2) Reimagined Story
The story of Sword of Paladin has been reconstructed.
Even those who have played the previous game can play it with a fresh feeling.


(3) Single combat system
The popular one-on-one battles have been added.
In the previous game, this system was introduced in Sword of Paladin 3.
This time, there is a single combat battle from the beginning of the game.


(4) Formation
When you have 5 players in your party, you can set up a formation.
Use the unique "tactical" skills of the formation to your advantage in battle.


(6) Airships
From the latter half of the story, you can use the airship to fly around the world.
You can also explore the interior of the airship, and by increasing your crew, you can open an item shop.


(7) "Skill Gems" are equipment that allows you to learn skills.
By equipping them, you will be able to use various skills.
You can now check your collection of gems once you have them.


(8) Dictionary of Terms
You can now use the dictionary to check information about your companions and the setting of the story.
It's a great way to remember settings or to take a break from your adventures!


(9) Auto Battle
Normal battles can be shortened with Auto Battle.
You may discover a technique that is surprisingly easy to use!


(10) Newly added story
Nade heads to a different world with a mysterious man named Anguis.
What does Nade see there in ......?


This is a game for you, a hero of swords and sorcery who once lived in many worlds.