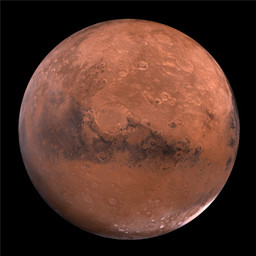 “THIS IS AN ALPHA BUILD! We hope to expand and enhance MarsVR based on your CONSTRUCTIVE feedback. MarsVR is under active development and we'd like to get early feedback from the community so we can create the best experience possible.

Here is our Early Access Guide which describes the application and what you can do.”

“The current state of the Early Access version has the final campus facility exteriors and preliminary terrain models, and some limited prototype training procedures and related objects. Some easter eggs are in place and we are eager for you to find them!

Here is our Early Access Guide which describes the application and what you can do.”

“No, the base application will continue to be Free. We will use DLC packs to roll out new training and other content.”

“We will solicit feedback and ideas from the community through our website and support channels. Our main feedback form is at http://feedback.marsvr.com”
Read more
Notice: Requires a virtual reality headset. See the VR Support section for more info.
VR Only

This is an early access version of the final MarsVR application.

The Mars Society, the world's largest nonprofit organization dedicated to the human exploration of Mars, operates the Mars Virtual Reality (MarsVR) program to create engineering-grade virtual reality simulations of future human Mars exploration. The MarsVR team has been working since 2018 on a digital twin of the real-life Mars Desert Research Station (MDRS) facility located in southern Utah. As the world’s largest and longest-running analog facility, MDRS has been in operation since 2001, with 235 crews and over 1,500 individual crew members having stayed at the MDRS during the two decades since its establishment.

MarsVR is a full-fidelity simulation of the MDRS (Mars Desert Research Station) campus, including the station’s exterior and interior spaces. In the real world, only researchers and astronauts-in-training are able to visit the MDRS, and the wait list can be over a year. Consequently, the Mars Society has built this first Steam release to allow everyone the chance to tour the MDRS and better understand analog science, technology, and procedures. While this version is a pre-release taster focused mainly on the environment and building exteriors, the final version (expected to be released within a few months) will include the ability to explore the interior spaces, and conduct optional training scenarios where crew members learn to conduct a Mars analog simulation in real life. Our end goal is to give everyone a taste of what it will take to visit, build a habitat, and thrive on Mars.