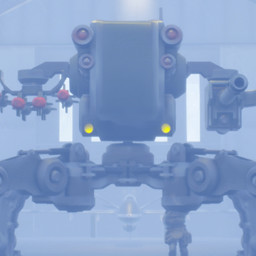 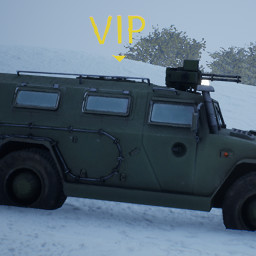 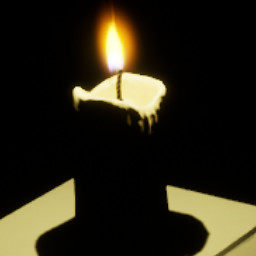 “Fossilfuel is a small indie game and community feedback is needed to help build a game the community will love for launch. Users are encouraged to post feedback. Posting not only what you don't like, but what works for you, helps shape and guide changes to the game in a constructive and positive manner. The Multiplayer will still be in development - but will be playable- and the Singleplayer, while further in development, will be updated if there is constructive community feedback.”

“The game will leave Early Access before the fall of 2021, roughly targeting before November.”

“The plan is to have a full version of Fossilfuel at launch with a larger Multiplayer than the Early Access version. The Early Access version will contain the full story Singleplayer and a "functioning" Multiplayer. Maps ideas and gameplay ideas are highly welcome. Multiplayer is planned to largely be the focus in the early release. Feedback on the Singleplayer is welcome, however. There will be minor changes to the Singleplayer, and community feedback will be taken into consideration with those changes. Feedback on things like, what levels and enemies are the most fun to fight, what weapons are your favorite, will help greatly.”

“The game Singleplayer is further along in development vs the multiplayer which is in the early stages and will be built during Early Access. Changes to Singleplayer are not ruled out, however, and feedback on the Singleplayer is welcome. Please see the about section for more details.”

“Subject to change, but at this time, Early Access will match the release price. If significant content is added from the Early Access feedback, the price may increase at launch. A Free Demo will be available.”

“User feedback is extremely important and will be taken into consideration. The development will largely take place on the Games Discord which can be found in the external links section of the Store Page. Please leave your ideas in the Steam review section or the Discord.”
詳細を見る
日本語 はサポートされていません

Deep under the Great Sitkin Island in Alaska, you find yourself in the heart of one of the greatest scientific research facilities on Earth! Genetic researchers have bred mutant dinosaurs! But things go bad when the base is invaded by shadowy special forces, looking to steal the dino DNA. You grab your guns and your ammo and prepare for a fight...

Spanning several genres, the game starts as horror, turns into a shooter, and then finally an open-world adventure.
For multiplayer, Fossilfuel features an intense HORDE mode, that pits you and your friend against man and beast with achievements to win.

At its core, Fossilfuel is a survival horror game. The player is trapped in a massive underground facility, Sierra, located in a remote location in Alaska. The player must use their head to find clues and solve puzzles to escape the facility.

The game features several massive maps that the player can play in any way they want. Their decisions will decide the ending of the game. Once the player escapes the depths of Sierra, they are faced with the sprawling landscape that is, the Great Sitkin Island. The main story campaign will be a solid length of around 6 to 10 hours of gameplay depending on your skill level.

Experience a massive arsenal of weapons as you plow through a huge library of enemies. The game features a wide range of weapons that are not just traditional firearms, your standard FPS arsenal of Shotguns and rifles, but also weapons of science fiction! Weapons that can warp physics and crush your enemies' bones in seconds! The game runs on the power of the Unreal Engine, enabling crazy particle effects and physics as well as difficult enemy squad AI that tries to flank the player and calls for reinforcements as the situation dynamically calls for it. Enemy dinosaurs will use all their sense to track the player as well. A Velociraptor on the other side of the base is there...hunting you...always coming.

Team up and fight with your friends in an intense online horde mode! Battle waves of enemies and unlock achievements as you and your friends test your skills against not just Dinosaurs but Special Forces as well.

The game enemies also span into our Homosapien brothers. A large portion of the development was spent on fine-tuning enemy AI. The enemy soldiers will call for reinforcements, radio ahead to comrades on the other side of the map to prep for the player, talk to each other, provide covering fire, flank manoeuvers, can spot dead comrades, watch and listen for the player to make sounds, and even spot the player clicking on their flashlight. These guys are tough.

The Dinosaur AI is likewise very aggressive. Velociraptors have incredible eyesight and can hear every move you make. They tend to travel in pairs and love to perform flanking maneuvers as well. Raptors, however, are not the only baddies you will encounter. But you will have to play to find out!

Players are encouraged to record, make twitch, or youtube videos about Fossilfuel.

A FREE Demo featuring the first 1/4th of the game will be on in the Steam store.

For Speedrunners and completionists

Fossilfuel features a wide range of achievements. Time and experience are tracked while playing and players will get a rank at the end of the game. High rankings are tied to achievements as well.

(Note the Demo does not have achievements)

There are two achievements specifically put in the game to challenge completionists.

1. Super Hardcore - beat the game on Hard, and get an S rank.

This game contains scary images in the form of dinosaurs and other dinosaur like monsters. There is mild language and drug references but no sexual content. The target audience of the game is over 13 years of age.

You can make youtube video of the gameplay as long as you link back to the Steam store.