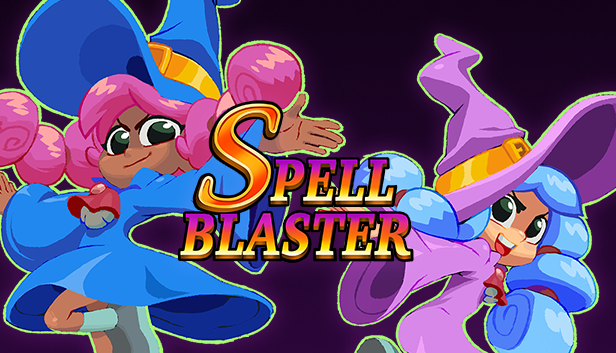 We were recently successfully funded on kickstarter!

Spell Blaster is a 2D top-down action game inspired by retro classics! The game is being developed for PC (with a planned release on Nintendo Switch) and tasks players with navigating mazes, destroying monsters, avoiding dangerous traps and solving perilous puzzles!

The wicked sorcerer Agonus has appeared in the land of Meridia to summon dark crystal shards and harvest the life force of the planet for his own nefarious schemes. It is up to brave heroine mage Marza, and her equally fearless sidekick Pan, to set forth on a journey to save the world from destruction!

The player(s) begin their adventure on a World Map, selecting a Stage to play. Their task is simple: find and destroy the Dark Shard in order to win. However, the challenge comes from the monsters standing in their path and the puzzles waiting to be solved.

As player(s) progress through the game they will gain new spells and abilities to aid in their quest. There are Bosses that await at the end of each zone, and mini-games/side activities for the players to gain additional rewards.


Visit our itch page to check out a demo!