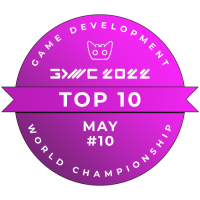 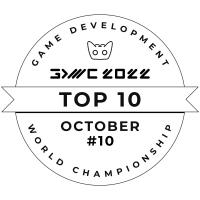 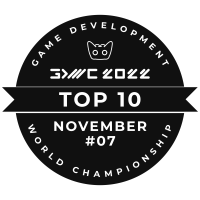 “I believe that the best experience is created through engagement with a community and with the input of those players in the game’s development. I feel it's important to get the game into people’s hands as early as possible to help and shape the game, and I invite you to share your best ideas for future content and features.”

“Roughly 2023 the game should come out of Early Acess.”

“The scope of the game will be different big by a huge amount. With current game being 20% of whole game and only 3 kingdoms open for players to play and explore out of 14 that are in game. There is a faction system that will change whole concpet of the game, it will allow player to side with a kingdom and capture settlements and wage wars. This will take a long time but it's already in game, only things preventing from full release is the scope of the game and sheer amount of npcs with each kingdom having different quests, events, people and their view towards the player.”

“Officially it's around 20% done. Players can only currently access around 20% of whole map but the game is around 60-70% done. I've just need time to add different npc's conversations, events and quests depending how players interacted and what choices they took durring whole gameplay, since any event could potentialy change how someone in other side of world views the player.
There are a lot of mechanics and all work perfectly with each other, there are definetly bugs and I'm going each map one by one to check for them and that takes a lot of time since it took me 3 years to build the whole world with things.”

“By making changes to game when majority wants it. If a mechanic isn't accepted by larger playerbase , it's removed. Anyone can ask or suggest a quest, event or mechanic and it will be implemented in game if possible.
I'm making a game how I think people would like to play it,but, views may difffer and I see it as a obligation to satisfy players even in a free game. Anyone can get involved on STEAM Forum and reach to me there.
This is a passion game from a gamer to gamers.”

Dreams Of Adventure brings you in a world of medival fantasy where you chose how to play and impact the world around you. Will you help a person in need? Want them to pay you for help? Perhaps... you end their life and take the bellongings...? The choice is yours!

Party member - 2 (Currently. More members will be added in future as I work)

Day/Night Cycle - Unlike most of RPGMaker games, day/night here determinate if you can enter a house freely or have to pick a lock (during the night. Some events and quests will trigger at night and quest givers/quest objective will only spawn at night (e.g.: Kill 10 owls (not an actual quest in game but for sake of reference)

Statuses - Hunger, Thirst and Sleep (If Hunger and thirst hits 0 your character dies. As sleep goes down, so do your stats but it's not fatal)

Prison System - Pay or Do Time

World Locations 35(260+ inside locations (including houses)

Fog of War - Rooms with doors are dark until you enter it. They go back to dark when you leave the room.

Purchasable houses - A place to call your own.

Steal- You can steal items, money or gear from enemies during battle

Bank/Storage- Players can store stuff and gold in banks for a small fee just like real life!

Difficulty System - Now you can chose how you want to play the game. From Easy to Torment the enemies will have stats to make you walk pass them like a breeze or crush your very soul.

1. Sellsword - An ex-soldier class that uses all kind of weapons and gear to rip and tear enemies on the battlefield.

2. Cultist - A harbinger of the dark forces. Uses various spells to afflict enemies HP and abilities. Can use blood sacrifices (kill friendly party members) to do massive damage and afflictions.

3. Paladin - Warrior of Light that strikes his foes with righteous fury. Users both abilities and spells to change the tide of battle.

4. Ranger - Utilities the nature and the environment to strike fear in enemies, unseen. Various traps and few spells that are learned from the time spent with elves.

6. Cleric - Going down path of the Lord, you shy away from violence, but use your abilities to help those in need, while accidents do happen... It's a battle after all.

7. Sorcerer - Going to the school of Magic, you learn various school of spells to damage your foes from afar.

There are few indications for drinking, sexual themes (nothing graphic) and potential drug use. The game is pixel based so nothing can be seen, but, there are few locations with blood.

Any images, sounds, music or software (scripts) found in game belong to their respective owners and are used according to their Terms Of Use.