Everpixel Valley (and the many failures that preceded it) is a labor of love; a spare-time gig. It is my first attempt at recreating the magic, originality, and creativity of what games used to be like before corporate businessmen sniffed out lucrative profits.

I am a gamer myself, and thus it's important to me to make Everpixel Valley into the best possible game it can be. I want both time and an avenue to incorporate community feedback. And if at all possible - assuming the feedback is enthusiastic enough - I want to translate this into my full-time gig.”

“Everpixel Valley is an ambitious effort - especially for a one-man shop making it in his spare-time. As such, I expect Everpixel Valley to fully release in early 2023.”

“Over the course of Early Access, I want to implement the following features:

“Many core features of the game are finished:

“Yes, I will gradually increase the price of the game as I add new features and new content.”

“As a gamer myself, it is important to communicate with the community. I have both a Discord (https://discord.gg/csFgSWh9ZN) and website (https://everpixel-valley.manakeep.com/forums/topics/early-access-suggestions) set up with a forum which I frequent.” 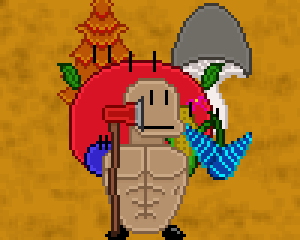 You've inherited a dusty plot of land. With your trusty axe, you set out to establish your pixelated dominance. Can you turn your farm into a bustling empire? It won't be easy - you'll have to fight off hordes of enemies seeking plunder. But you won't have to do it alone - raise an army of tutu-wearing dinosaurs , obese unicorns, and sharks with friggin' laser beams on their heads to take the fight to your enemies.

About Us:
Doom Dino Games is currently a one-man show. I am a professional software engineer that never forgot why I became a software engineer in the first place - I wanted to make great games. Eclectically inspired by games as varied as Diablo 2, XCom, Stardew Valley, Super Mario, Battle Brothers, Dwarf Fortress and Baldur's Gate 2, I am passionate about making games that I want to play myself.