The kingdom of Rotonis is under attack and it's up to you to defend the kingdom. Level up your character and unlock powerful abilities to defeat your foes on the battlefield. Help the locals by completing quests and bring peace back to the kingdom.
All Reviews:
Mixed (10) - 50% of the 10 user reviews for this game are positive.
Release Date:
Developer:
Trent Cobb
Publisher:
Gold Turtle Games, Zygobot
Popular user-defined tags for this product:
Action Adventure RPG Hack and Slash Action RPG Open World Action Roguelike Fantasy Choose Your Own Adventure 3D Free to Play Minimalist Indie Early Access Third Person Magic Medieval Class-Based Singleplayer
+

“Adventure War: Battlefield is an open world game filled with a lot of content. I will need the community feedback help to create the best version of the game, that will be the start of the Adventure War anthology game series. Early Access will allow this game and future games to reach the level of quality that players expect.”

“I plan to let this game stay in Early Access for 5 months.”

“We plan to have a completed main storyline, more side quests, six playable classes and a completed open world.”

“In early access, there is only the start of the main storyline, only 3 playable classes, some game features are still being finalized, and some locations of the game world are still in development. Players will be able to complete a few quests and level up their character.”

“When early access ends, the price will not change.”

“Community feedback is very important to me. I will need to know the opinion of the players before adding or removing anything in the game. By joining the Adventure War community on Facebook or discord, we will be able to review your feedback.”
Read more 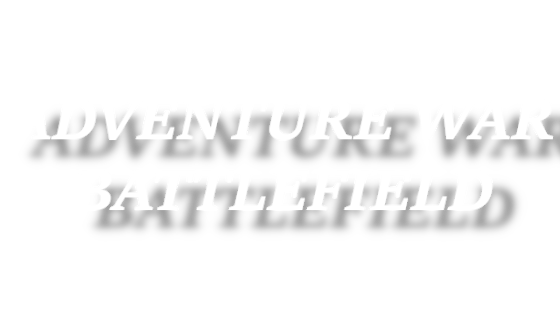 Adventure War : Battlefield is a 3rd person action-adventure RPG, set in the fantasy world of Noor. Players will assume the role of an adventurer who is enlisted to help the kingdom of Rotonis, defeat the invading kingdom of Bolas. Adventure War : Battlefield features an open world environment in which the player is free to explore and discover quests.


Players will be able to select from multiple adventurers to play as, each with its own unique playstyle.

Guardian: A powerful defensive fighter. With sword and shield in hand this fighter can take damage and deal it back to it's foes.
Warrior: The warrior fears nothing in battle. Sacrificing defense for offence, this adventurer rushes head first into battle.
Mage: Observe and execute, is the moto for the Mage. With powerful range spells, this adventure will obliterate it's foes before they come too close.